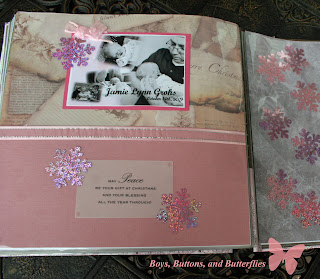 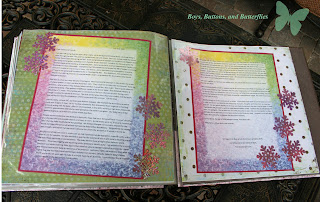 I will start off saying that this year’s letter might be a bit different for us, so please hang in there through the end!
We announced to the boys In March that the arrival of a baby brother or sister was due November 13th.   They could not contain their excitement!  To be big brothers…what a boon!  They debated about whether it would be a boy or girl.  They argued where he or she would sleep.  They guessed at different names at the dinner table.  They debated whether it should be a “J” name.  They battled with us constantly to find out what sex we were having, even though I stubbornly refused to find out.  The dust settled when the school year ended, and the family was excited to enjoy the preparation of the nursery over the summer.   Oh the bliss!
On June 24th, our lives were forever changed.  We received the worst news a parent could ever imagine to hear.  At our routine ultrasound, they discovered there might be something seriously wrong with the baby.  After an amniocentesis, a fetal MRI, numerous high level ultrasounds, countless appointments with doctors and specialists, the verdict was given.  Our baby had a lethal skeletal dysplasia, or in layman’s terms, a fatal dwarfism.
Despite recommendations, we decided to hold onto hope that he or she would have a “normal” dwarfism and give the baby the best possible chance and carry to term.  As the weeks went by, it became increasingly clear that our hello would also be our goodbye.  We instead changed our course to prepare for the worst and hope that we would at least not lose the baby before the delivery.  We gathered our courage and strength, and hoped that we could celebrate this child’s life, as short as it would probably be.
We planned all that we could to make sure we had a professional photographer, a special outfit, and a plan of care for comfort.  We also decided to wait for the surprise of boy or girl, since it would be one of the only things we could be excited about.  The baby went to most of big brother Butter's tennis matches.  There was wiggling and squirming while listening to Bean's guitar.  We endured the ferocious Houston heat while watching little, big brother Bunny's play in summer baseball tournaments.  Never was there a more active baby to remind us of its presence.  And every night, we settled to sleep after a nightly hug and kiss from Bunny and sometimes a lullaby from mommy. Despite the baby’s failing health and mine, we were able to make it a couple days shy of 36 weeks.  It was decided that a cesarean section would be the best way to deliver, due to both baby and my health complications.
On October 14th at 7:39am, Jamie Lynn entered this world with the tiniest cry. Like her brothers, she was nice and hefty at 5lbs, 4oz despite being four weeks early.  She was a mere 14.5 inches long from her perfect head to her perfect little toes.  With her too small limbs, and chest too tiny to survive this world long, Daddy quickly baptized her with the healing waters from Lourdes, France gifted to us by Father Drew.  After a short snuggle with me, he swept her away to be introduced to her big brothers.  A short time later, which felt like an eternity, we were all reunited as a family.  We were able to dress her in clothes washed and smelling like home.  We exclaimed over her shocking full head of the whitest blonde hair.  The boys declared her “cute”.  We adored her tiny hands and her, oh so perfect, feet.  Aaron was enthralled with his sweet baby girl.
We were together as a family, as she drifted away, her perfect little footprints etched on our hearts forever at 8:54am.
Her immediate family arrived to celebrate her life at a memorial Funeral Mass on November 14th.  With Father D__ presiding, Mary T__ singing solo, and family gathered round, we said our final goodbyes and wished her well on her journey.  As Father D___ said during his homily, if we had opened the funeral to all family and friends, it would be a packed house indeed.  He couldn’t have been further from the truth.
And this brings me to the conclusion of our letter.   It has always been clear to us in the past, but more so now, that we are loved by the outpouring of prayers, thoughts, and letters from so many near and afar.  We are heartily thankful to all those who made donations to the Now I Lay Me Down To Sleep organization that provided us with the most beautiful photos of her.  To those who are just getting this news, we apologize.  This has been the most difficult burden to bear, and even more painful to share.  I apologize for not delivering a more traditional G_ Family Christmas Letter.   However, to not tell Jamie Lynn’s story, would be to dishonor her life and her memory.
For our family, the year of 2009 belongs to Jamie.  And always will….
Mommy, Daddy, Butter, Bean, and Button
"An Angel in the Book of Life Wrote Down our Baby's Birth,
And Whispered as She Closed the Book,
Too Beautiful for Earth."
Posted by Heidi Grohs 6 comments:

The other day I was wondering what I would name a little girl if we were blessed to concieve again and also have a girl.  All I could think of was what a joy it would be to be able to have a girl.  Joy....  Joy....  I wondered if this would fit the criteria:
1. Starts with a J
2.  Means something
3. A biblical name.

Then I went to church the next day with the family.  The neighbors front yard had a huge sign with JOY.  At the advent mass, Fr. Reggie said the word Joy at least 20 times.  For the past week, I will hear the word Joy at least 2 times a day, sometimes more.  Yes, it is the Christmas season, but I have never heard it this much and I am not looking for it.  It usually catches me out of nowhere and reminds me.

Then today, I was listening to the Catholic Channel on my satellite radio.  The priests homily was speaking of St. Paul and a writing he did about finding Joy in everyday. Not happiness, but joy.  Joy does not mean happy.  Joy means thanks

So the criteria:
1. It does start with a J like all of my children.
2. It means Thanks.  If I had another child, never would I be more thankful.
3.  It isn't a biblical name, but isn't it written all over many books in the bible?

I think it was a sign from Jamie.  Is Joy coming to us next year sweet angel???  But what if it is a boy....I guess I might just call him Joy, too.  Okay, maybe not.

But I sure would be filled with JOY!!!!!
Posted by Heidi Grohs 2 comments:

Email ThisBlogThis!Share to TwitterShare to FacebookShare to Pinterest
Labels: recovering from grief