No...I'm not talking about chain stitching.  But actual chain quilting! 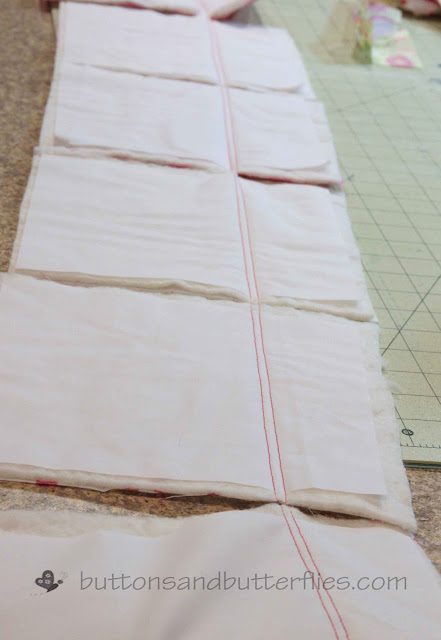 I was asked the other day how I had made so many rug mugs in a relatively quick time frame.  First.  A confession...I started them LAST year, May 2012.  However, I did actually do the bulk of the work in one short morning.

I had found a photo on Pinterest of a sweet thank you mug rug and wanted to duplicate the awesome ruled lines of paper on them.  However, I tried to think of the fastest way to get those lines on the squares as quickly as possible and with as little thread change as possible! 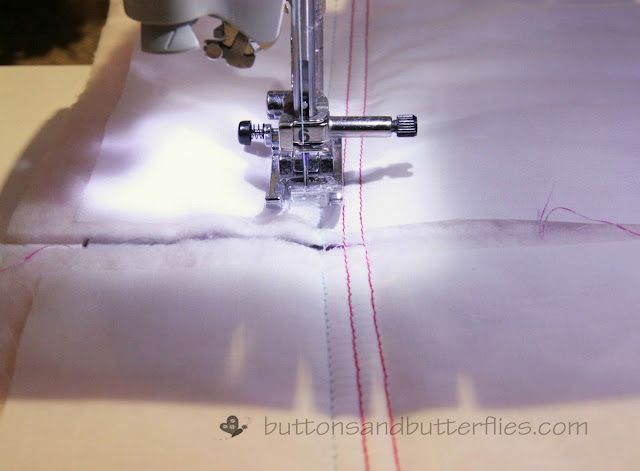 I quilted each hot pink line down all twelve squares.  If you actually look at ruled paper, it isn't red, it's pink.  And then a second one 1/4 inch next to the first.  I then followed it with two blue lines (light blue). 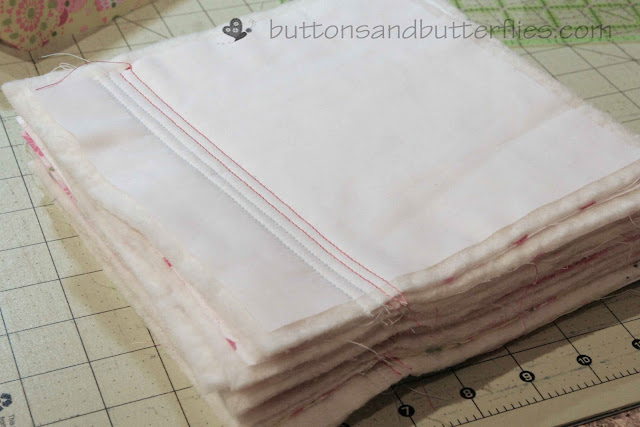 All I had to do was clip in between each square and I was ready to turn them. 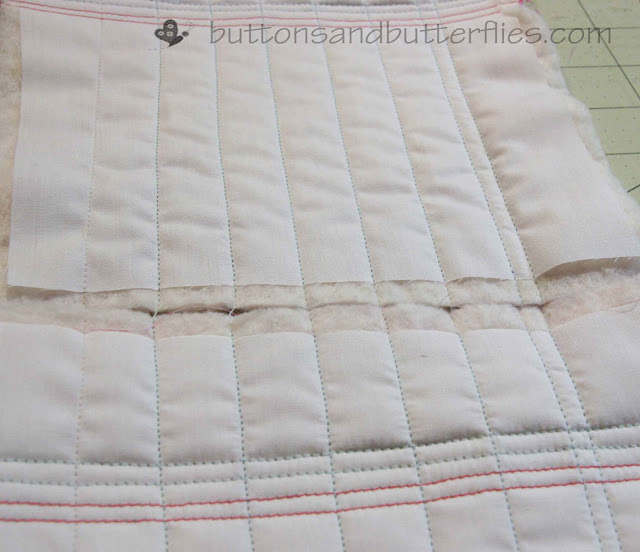 I did not go for perfect.  Just made sure I did the first two lines close at the top and then evenly spaced from there. 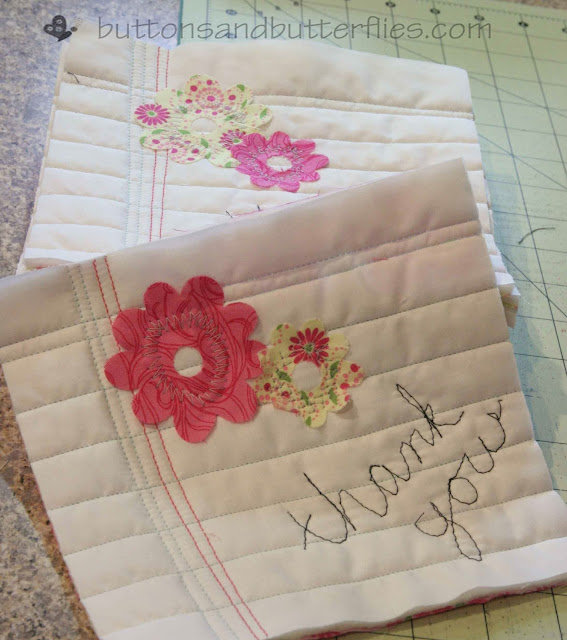 I assembly lined the flowers.  Luckily, my Sissix diecuts came in handy for some quick flowers. 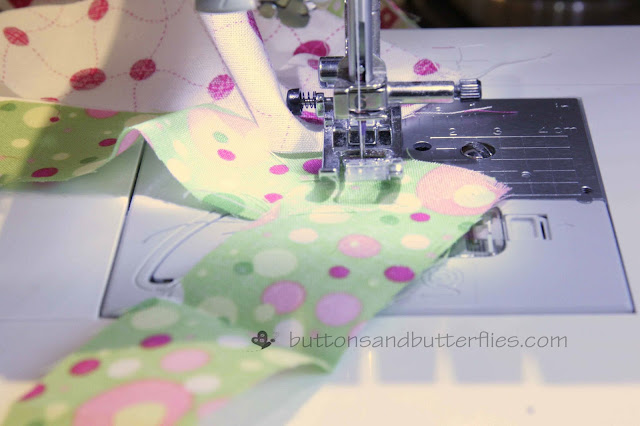 Of course, I had to  chain stitch all of the bindings.  I just angled them and stitched away. 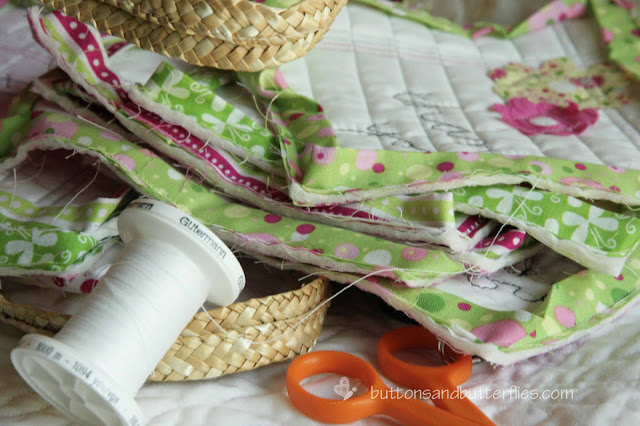 However, there is no way to magically hand stitch the bindings...and that is why they were not finished in time for last year.

But I did finish them.  Bindings, felt buttons and all.

But just a crummy phone picture with Instagram filter for proof!