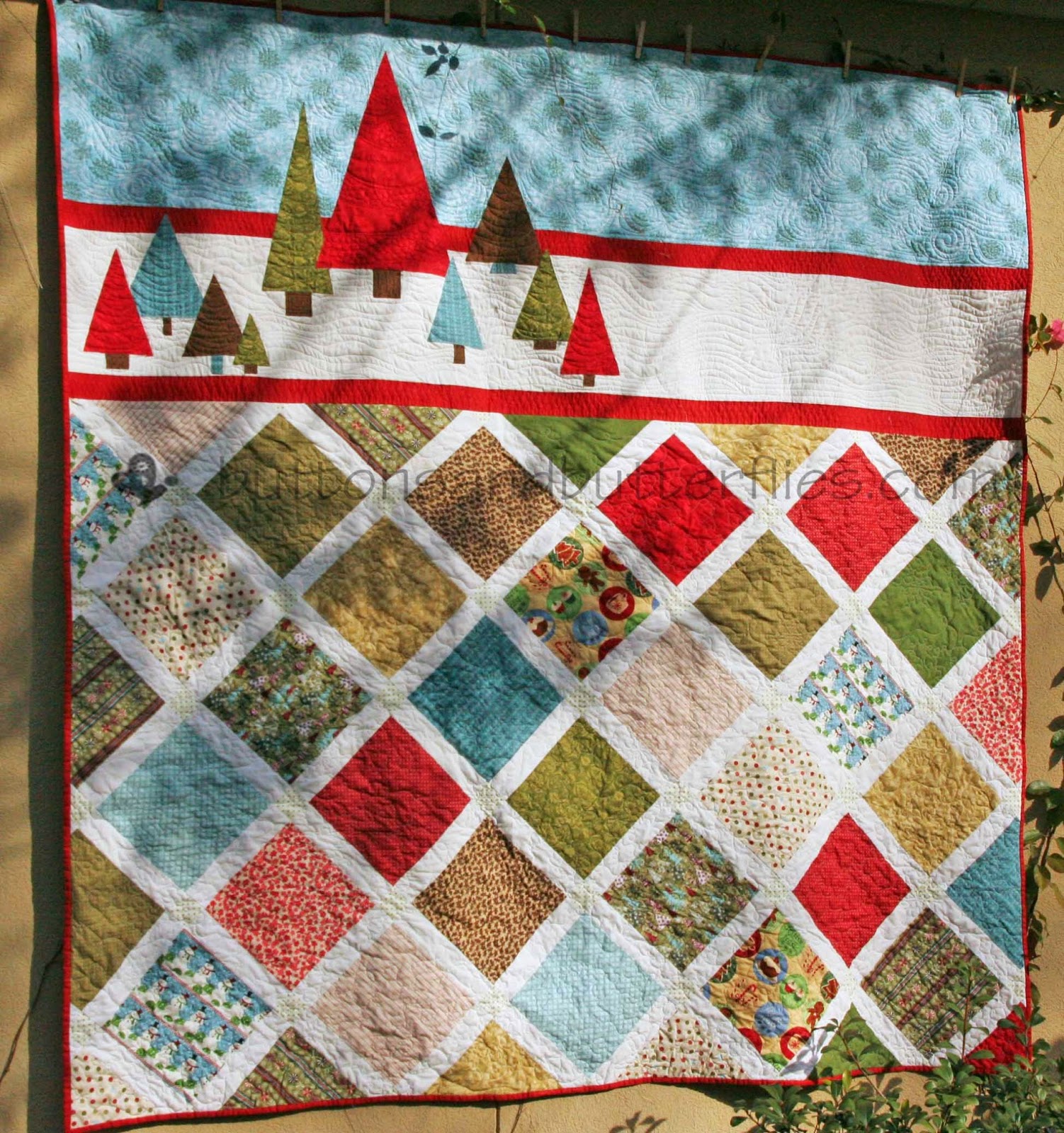 In December 2011, I started cutting a quilt the week before the "big" holiday in hopes I would finally have a Christmas Quilt.  I found a tutorial at Piece N Quilt called Figgy Christmas and thought it would be simple to do.  I started cutting the blocks and had the lower "layer" cake part finished.  Then the holiday rush came and went and it just didn't seem so urgent in the scheme of things.  And I was okay with that.  I packed it up and put it back on the closet WIP shelves.

Later, the in the new year, some friends and I decided to have a Virtual Sew In on Facebook.  I cranked out a few quilt tops and then I finished the applique and pieced it on August 2012. 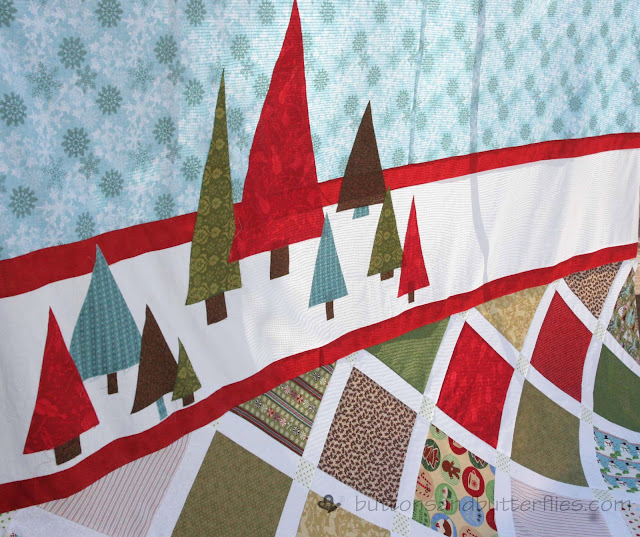 And then it sat again.  I pieced the backing sometime in 2013.  I was worried that I had mixed homespun with cotton, so I stalled.  Then decided to wash it before quilting. 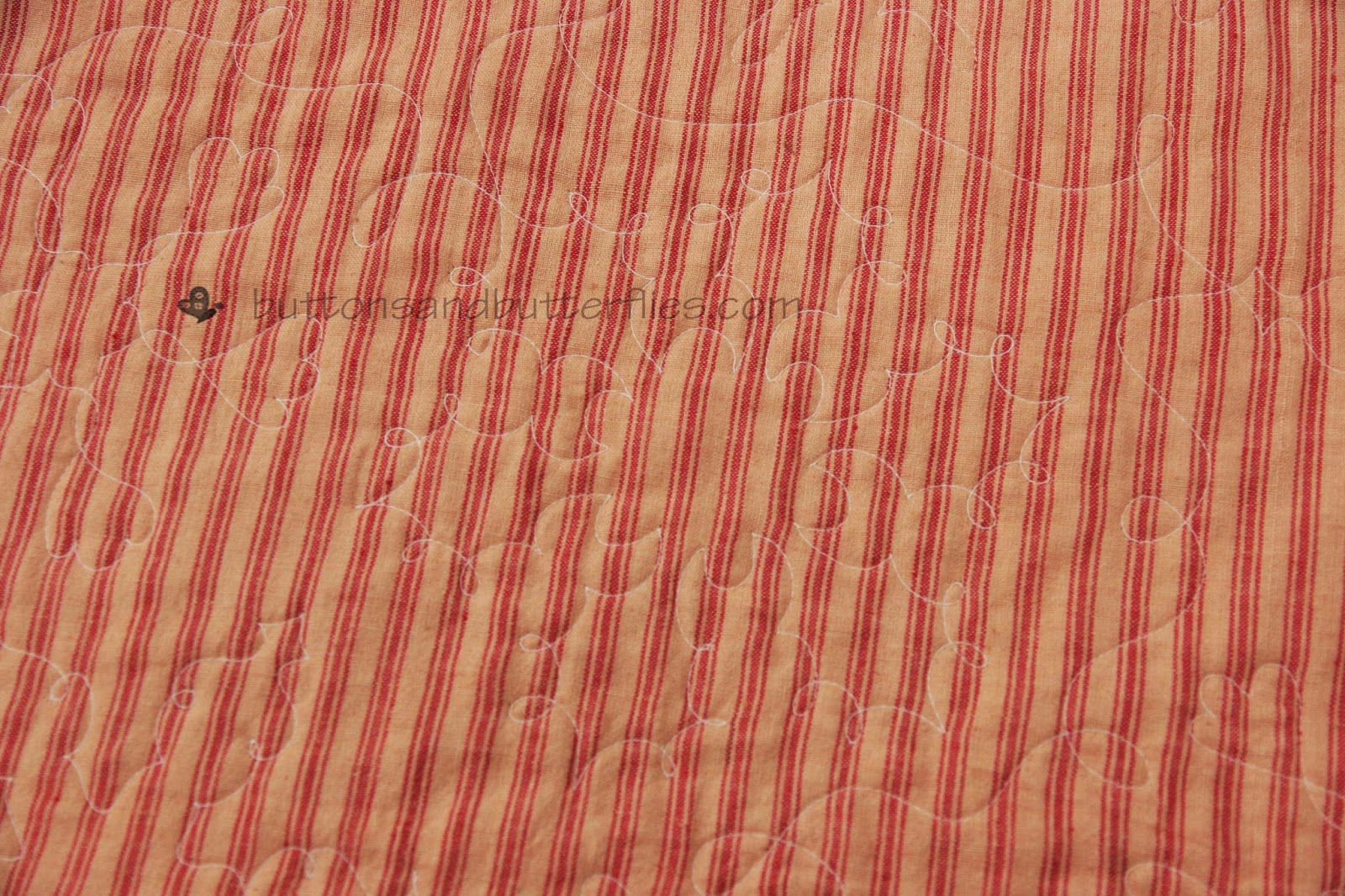 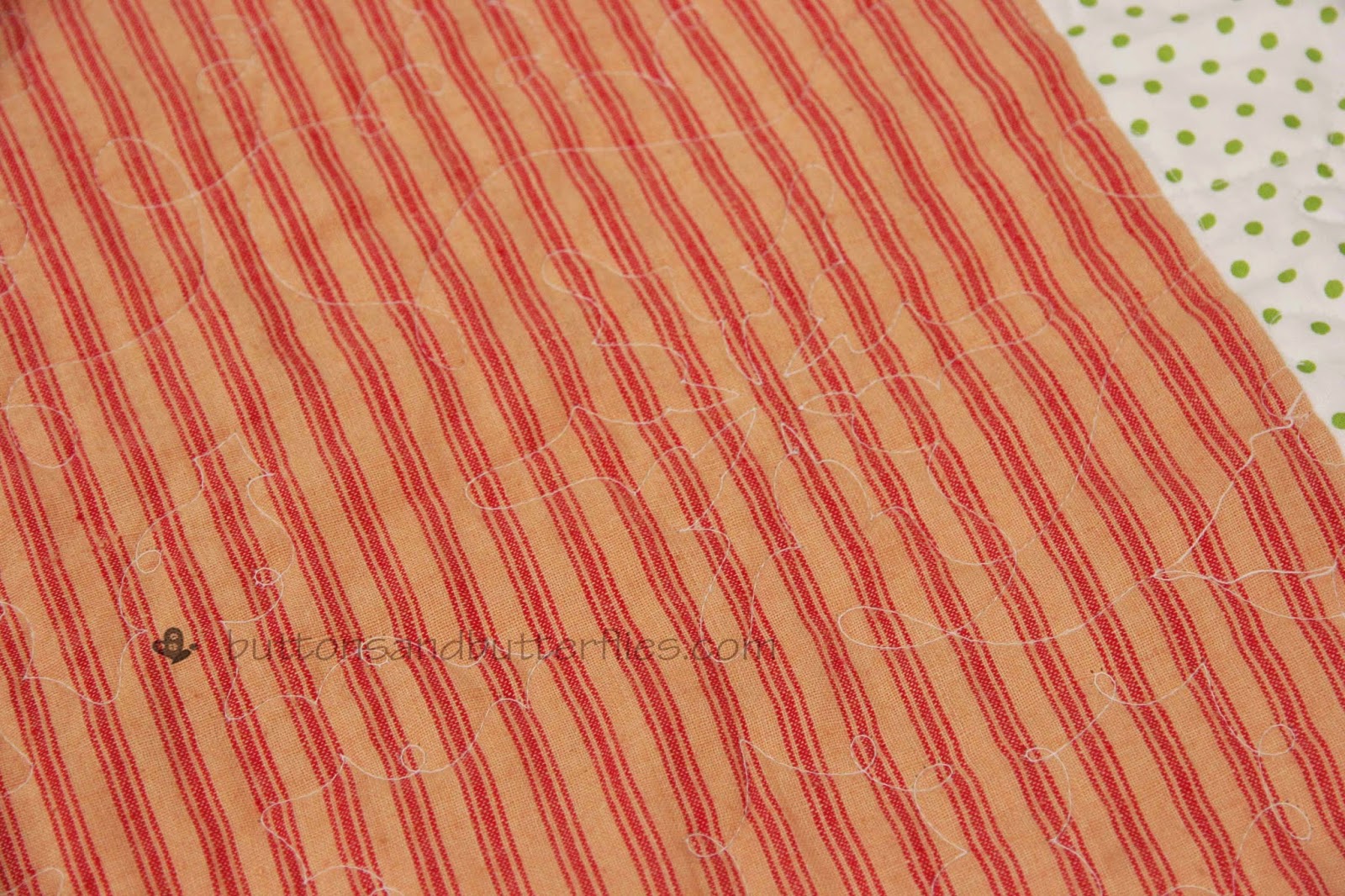 Then it took a backseat again.
Until this summer.  June 2014.

I actually finished quilting it and binding it by the start of the school year. 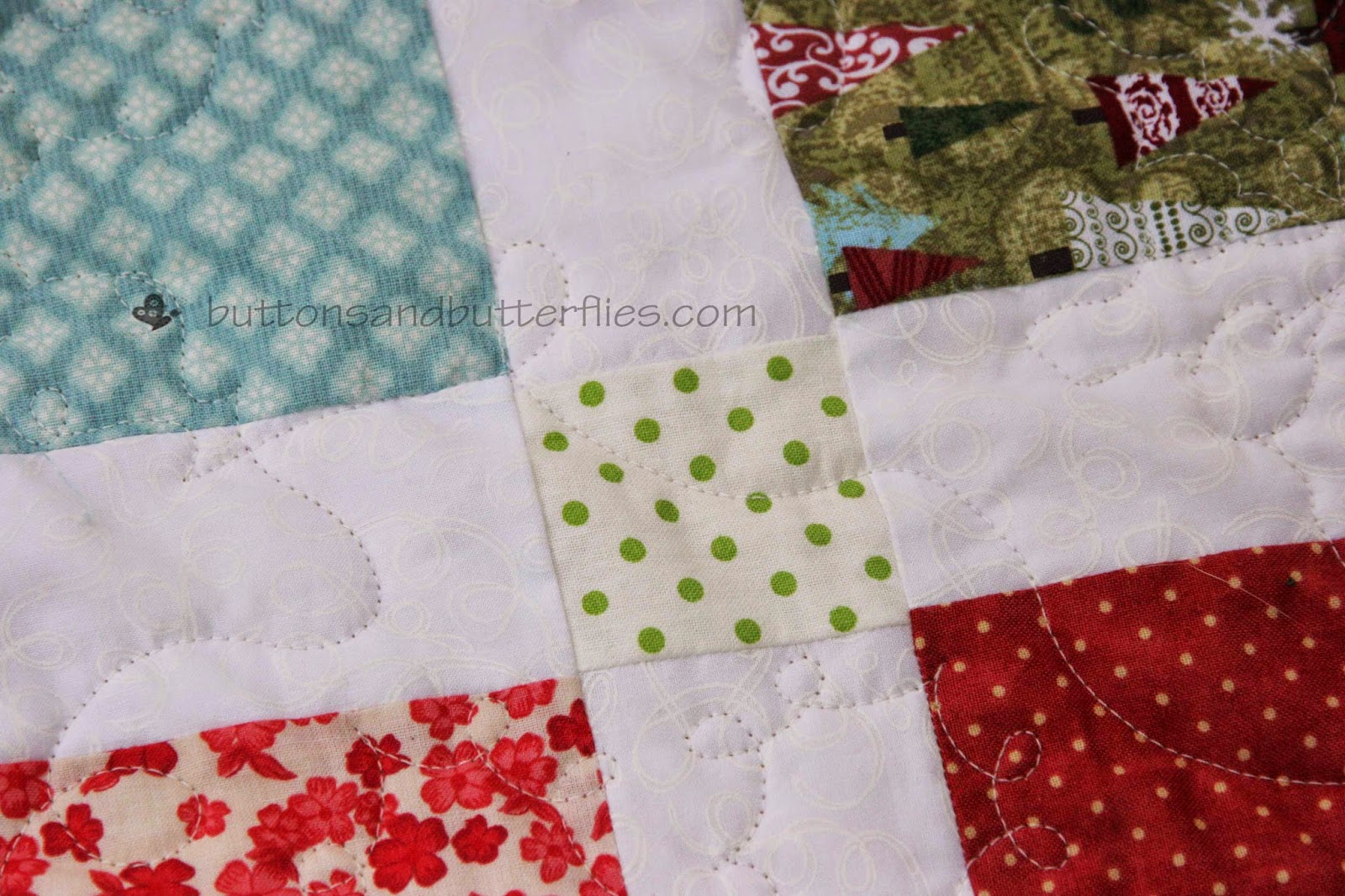 And didn't take pictures.  I had visions of having my husband helping me out. We would take it to some amazing location and pose for our family Christmas photos in front of it.   But I didn't. 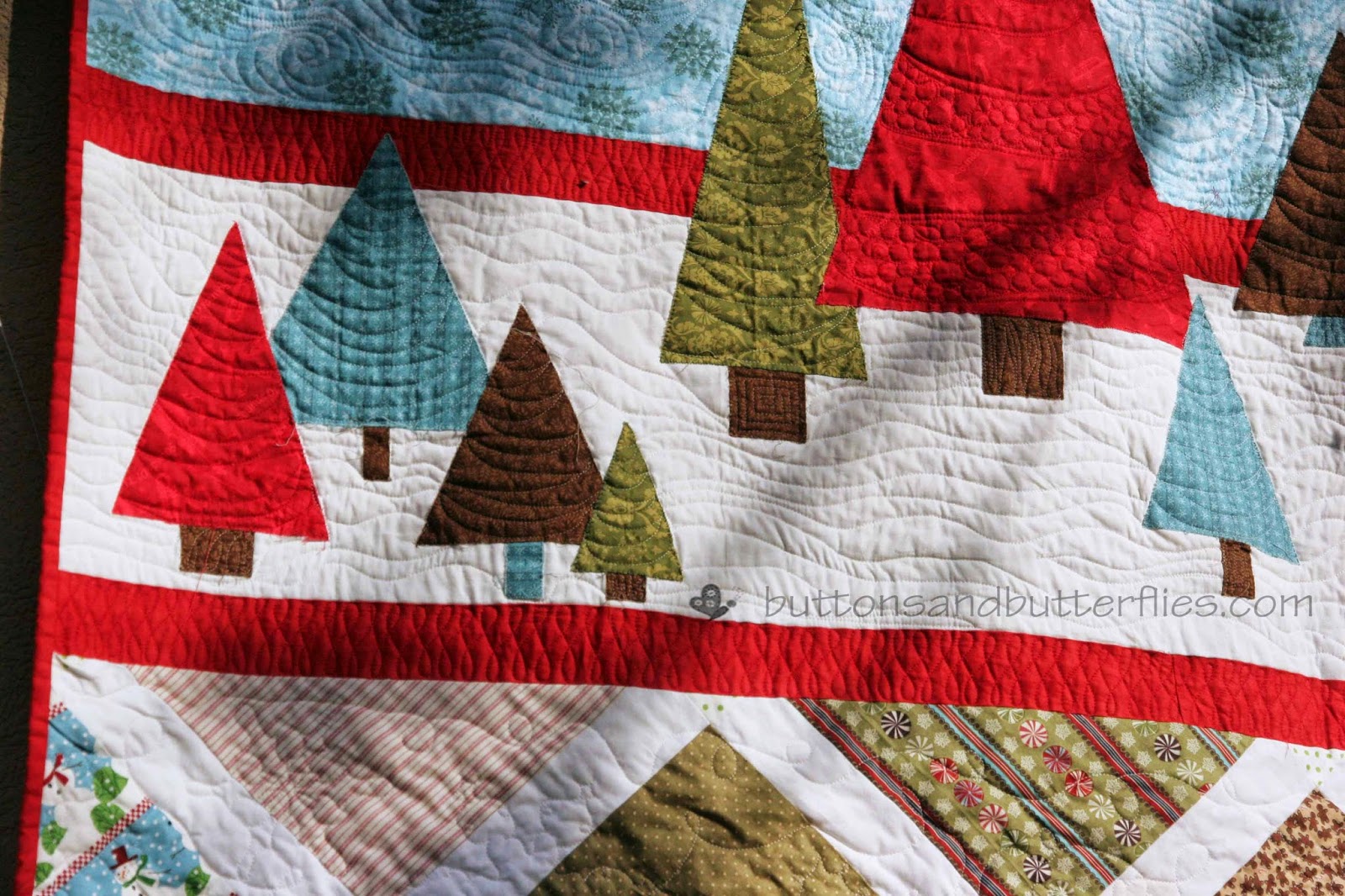 Details in the trees. 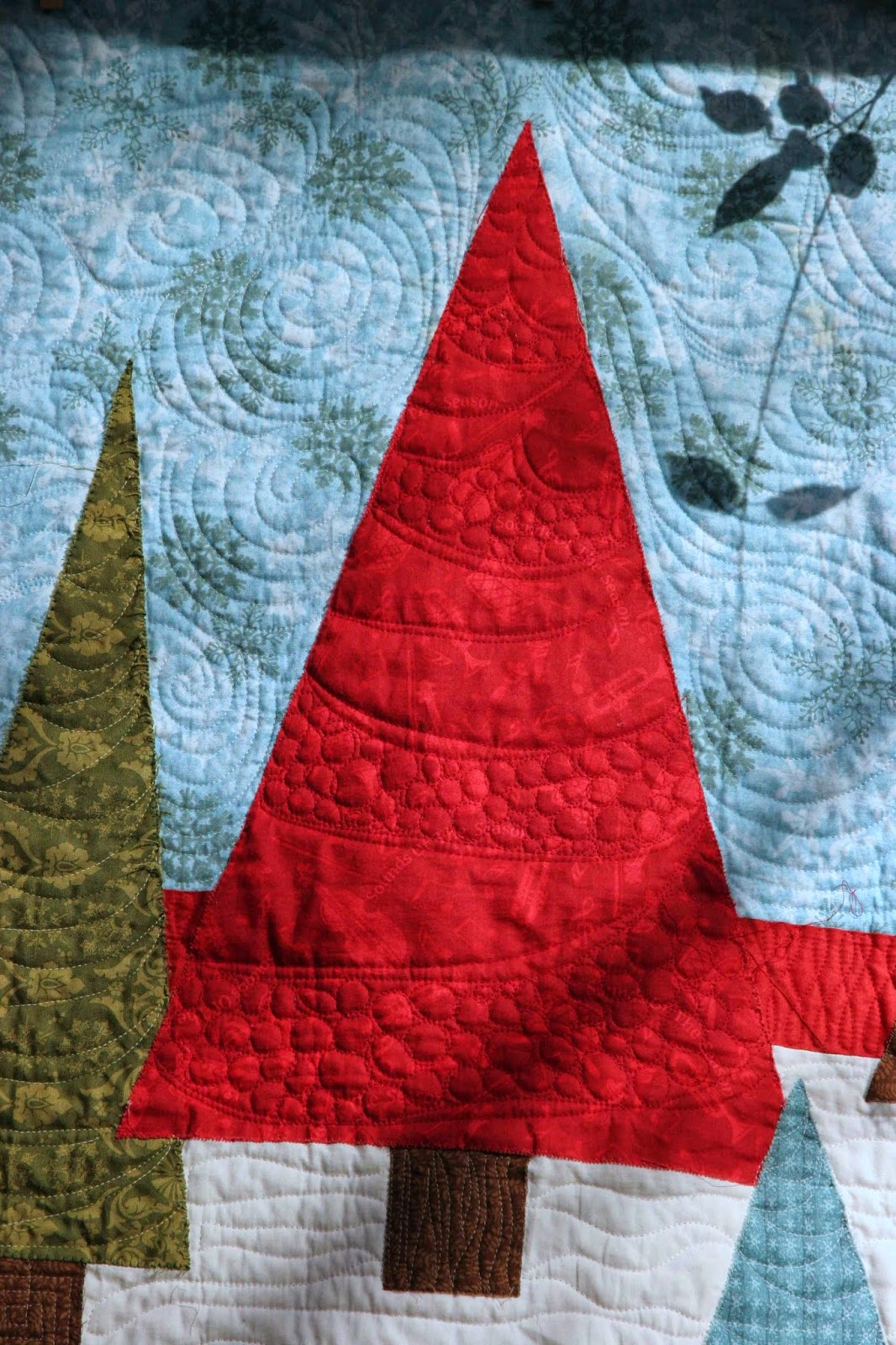 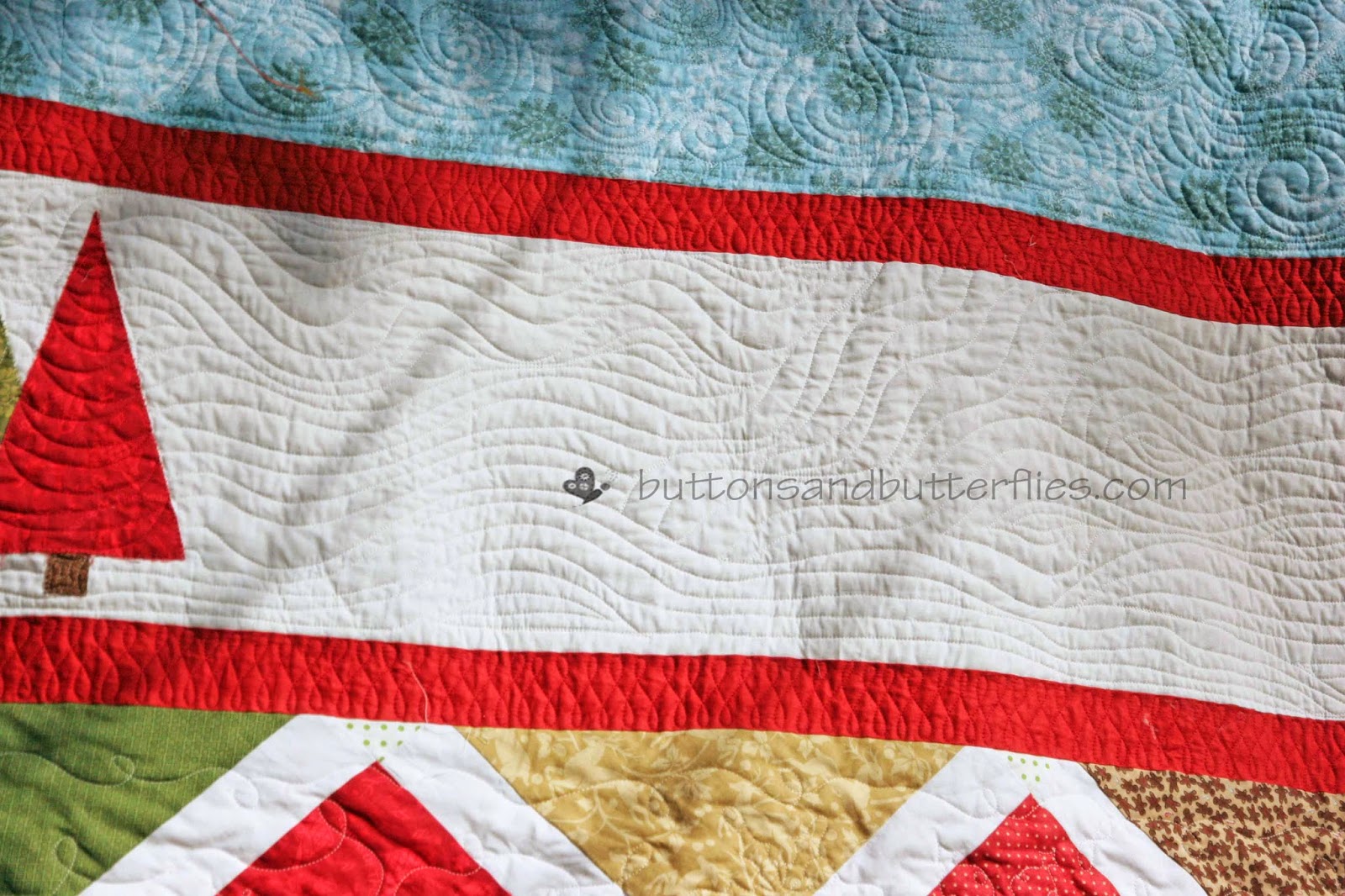 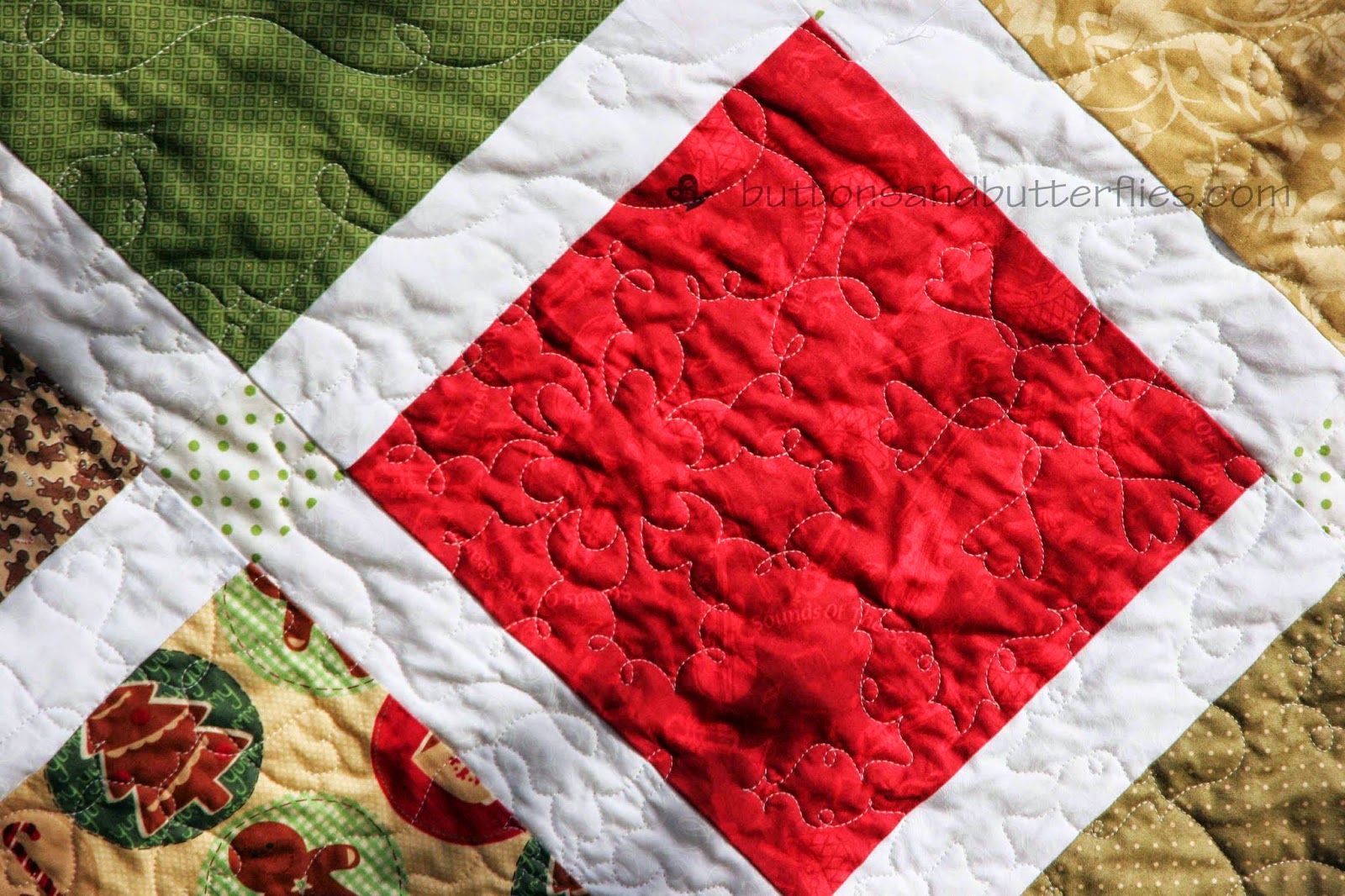 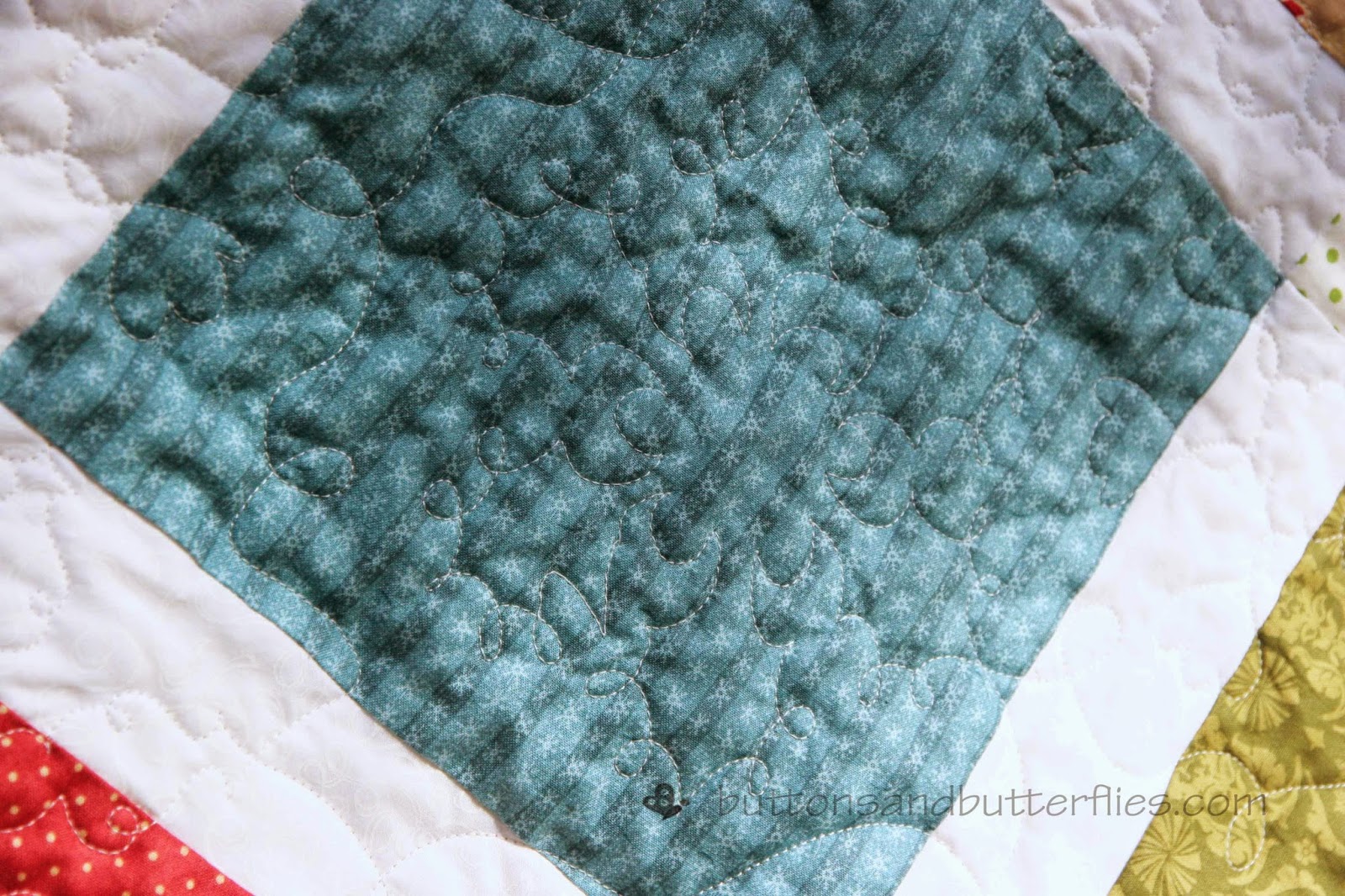 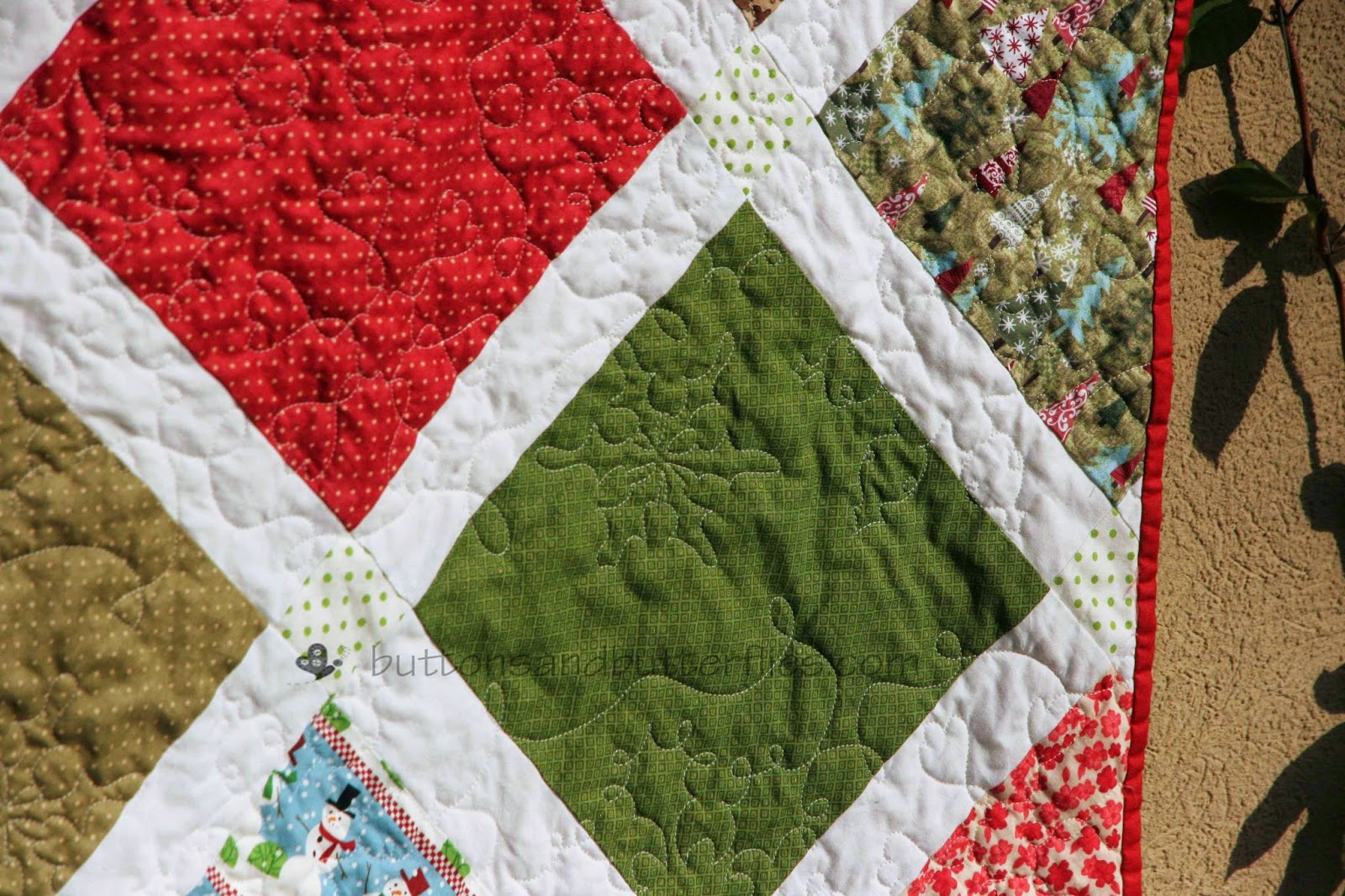 Homespun backing with leftover block pieces.   I couldn't be happier. 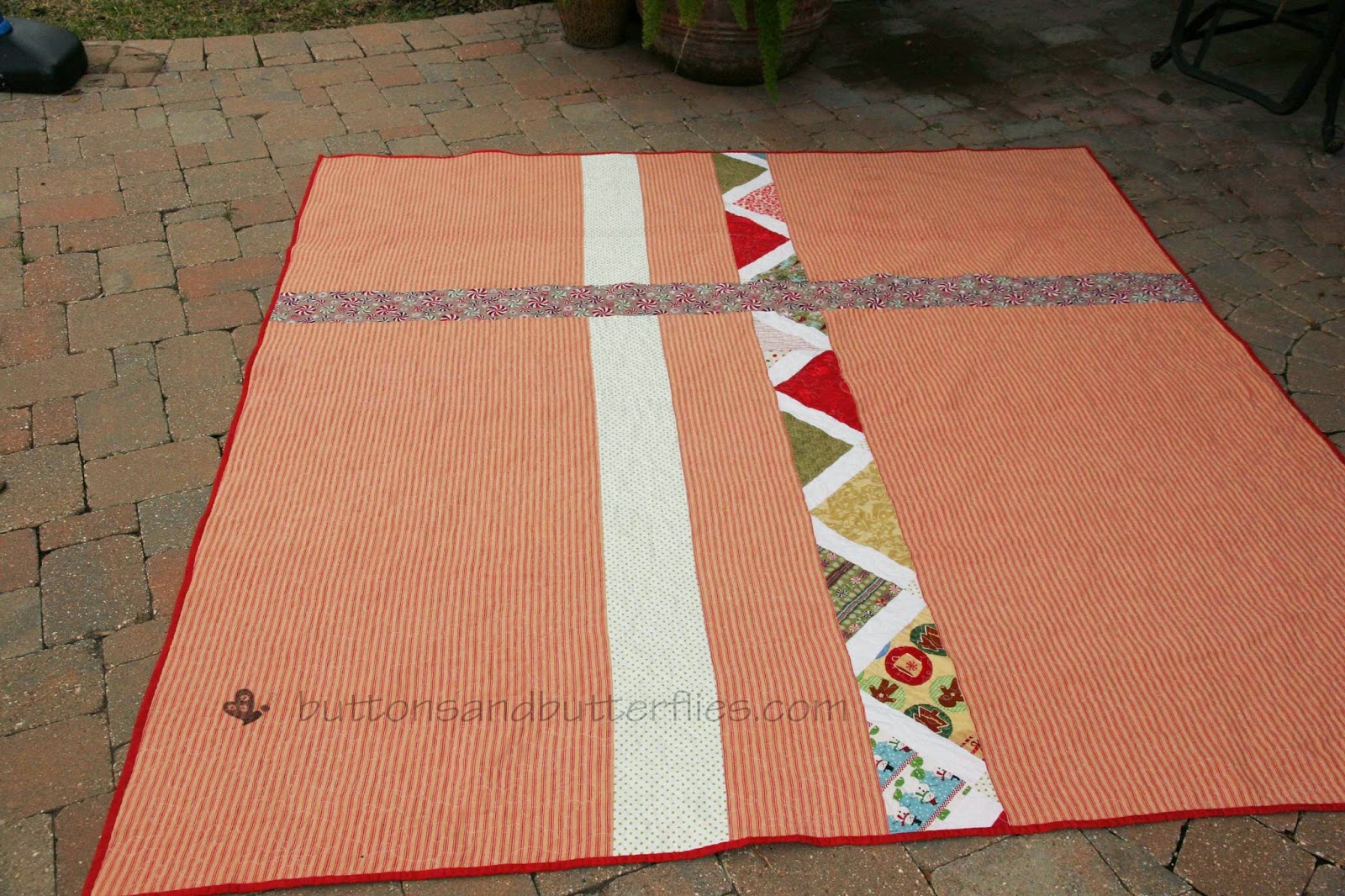 It's keeping me warm on my bed this kinda chilly winter here in Houston! 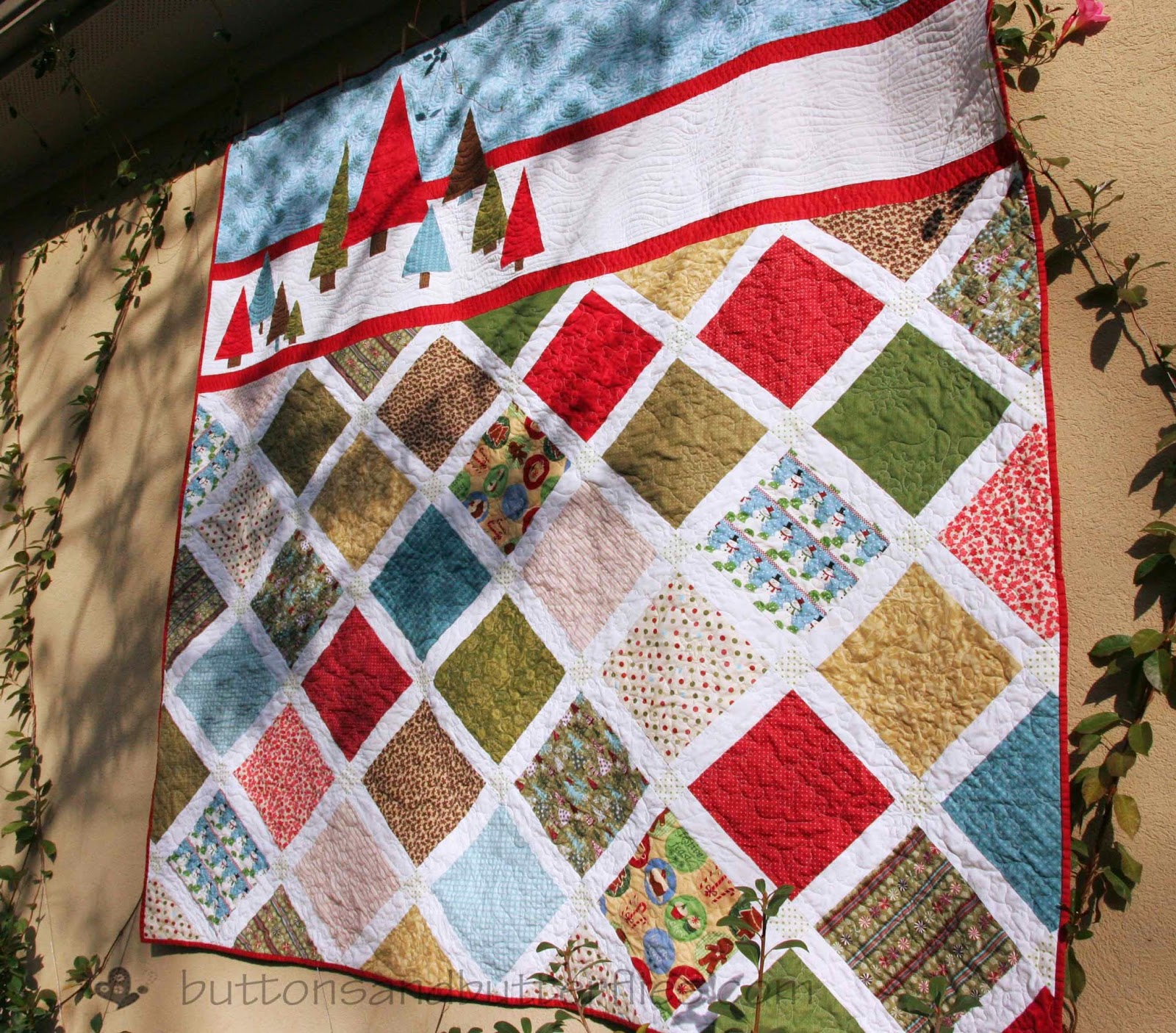 I can attest...it really is not a difficult quilt to make.
I just took forever getting it done!