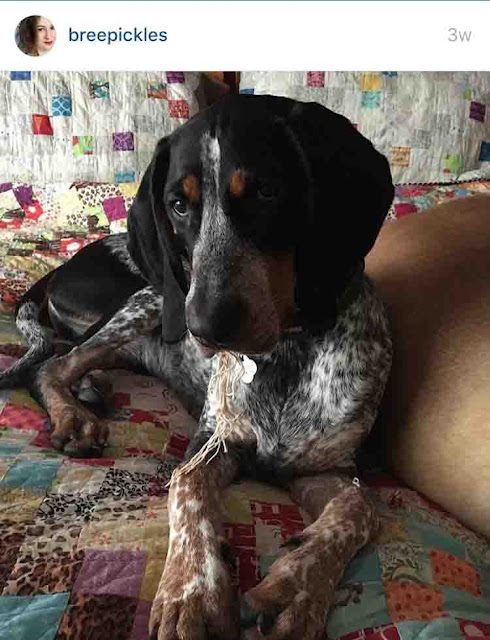 He is my good friend, Bree's puppy.
Bree was really down one day. Her puppy was giving her a hard time and she was bummed about a failed swap she participated in. Again. Then, it seemed that the swap mamma didn't follow up and arrange an angel. Or maybe she did, but that person bailed too.
Enter a secret Angel swap.  Friends gathered.  Conspired. 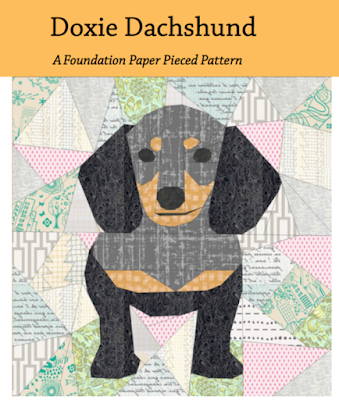 We decided one of us would do a mini and the rest would send the "goodies". I volunteered and chose to adapt this Tartankiwi Doxie pattern to make it look like Ruger. I chose it because she thought the original in the swap was for her and really coveted it. 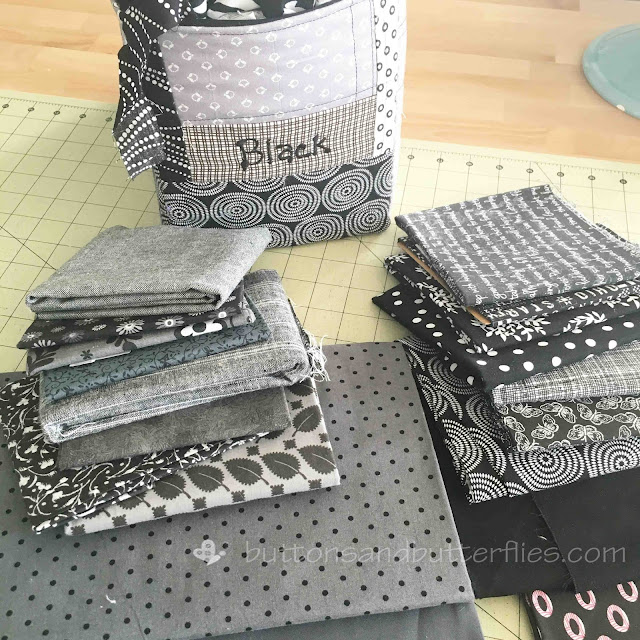 I raided my black stash for him.  I decided on a low volume background like the quilt Ruger is sitting on in the picture. 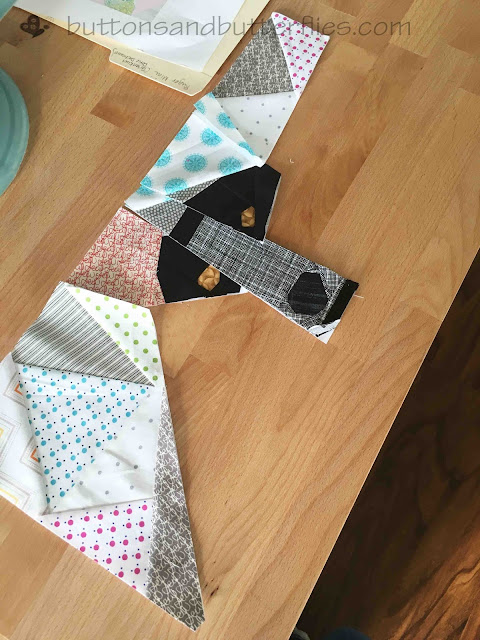 I went a little wild and used felt for the ears.  But Bree is bold with her fabric choices sometimes, so I thought she would approve. 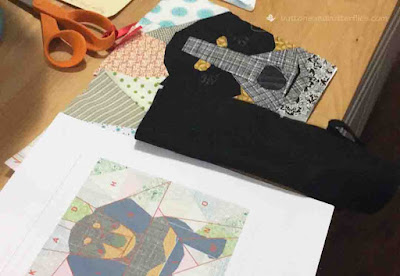 I had to st it aside before I left for Quiltcon, but made sure I left it out to finish it as soon as I returned.

I'm not sure if you can see it, but I tried to extend his legs, but also wanted it to have the same feel as the original pattern. 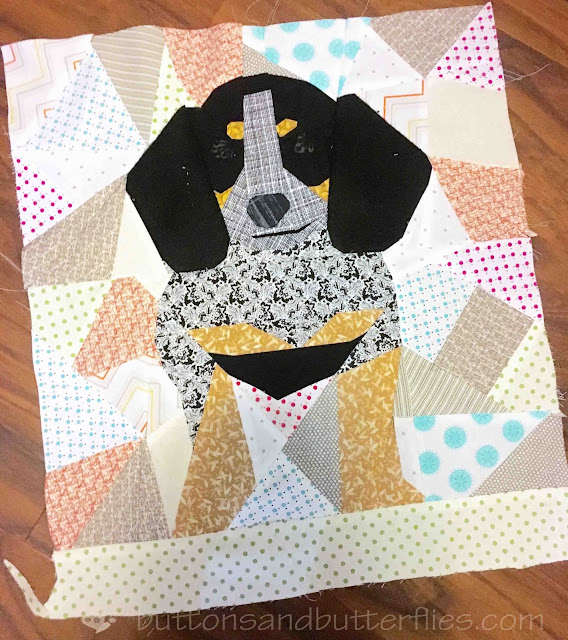 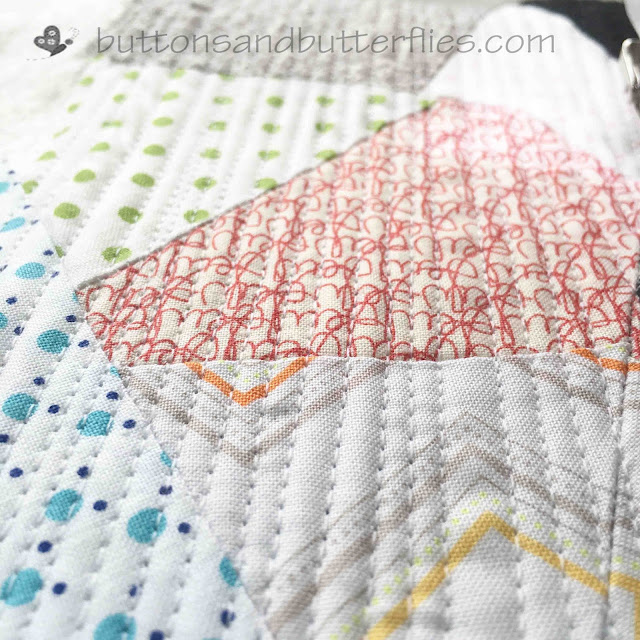 I grabbed his photo for the quilt label. 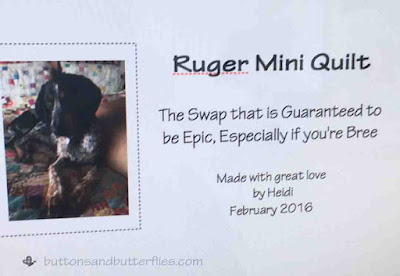 The best part?  Two of us had our packages deliver at the same time so it was as if she had a swap package all at once.  Even better?  The other packages trickled in for days after.