"The sincere friends of this world are as ship lights in the stormiest nights." 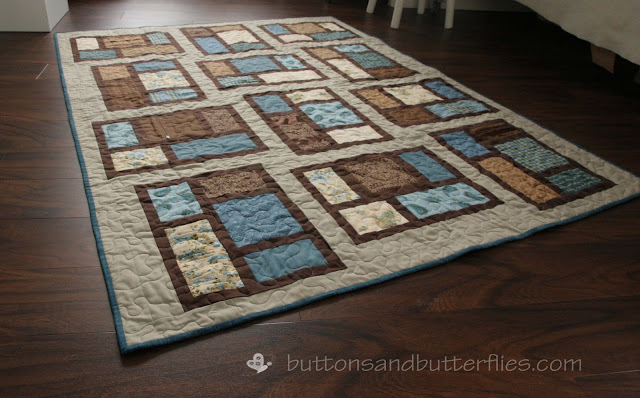 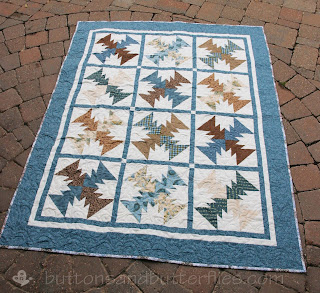 It's a sensitive family topic, but my grandfather was diagnosed with Alzheimer's a few years ago.
I hunted for information that could help him, and my grandmother, manage anxiety that it crease. I came across what is called a Fidget Quilt in my investigations. 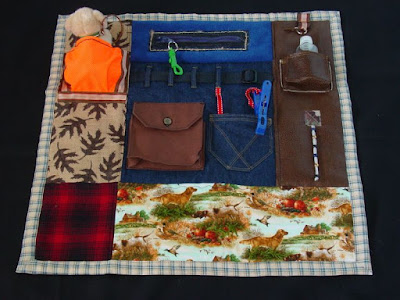 My former nurse self could see the value in having, what is a basically, an activity blanket for him. Textures to fiddle anxious hands.   However. I was very turned off by the idea that they looked like infant/toddler activity mats. I decided that I was going to just make them a quilt that had very subtle things for his hand to grab. 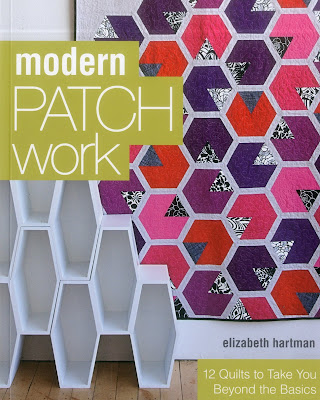 I've had a Elizabeth Hartman quilt pattern called the Kitchen Window marked in her Modern Patchwork book for a long time in mind for a memory quilt.  I was excited to realize I was going to be able to use up the rest of the original fabric bundle of the first quilt.  A matching quilt, but a decidedly more masculine pattern. 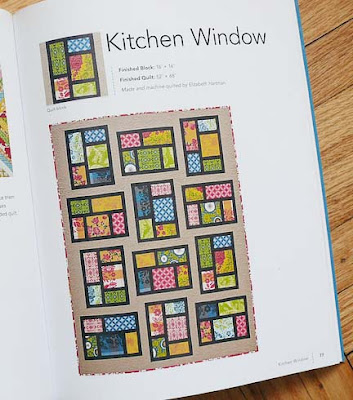 I cut all the block parts first and then raided my notions bins.  Zippers, lace, and ribbons were gathered and attached those first to any block parts that I could "hide" it in. 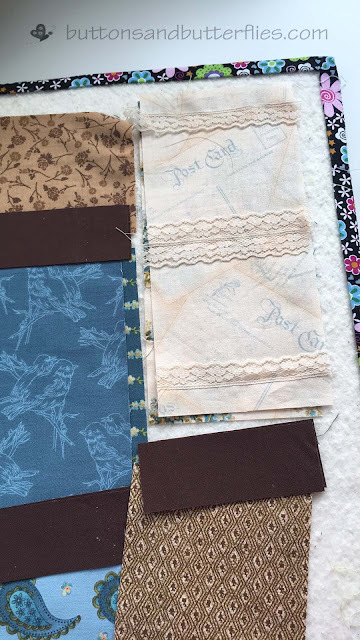 Never having more than two "texture" Block parts in one block.
It was a very simply constructed quilt and I was able to use stash only.  (I'm still not sure if I should be proud of that or not). 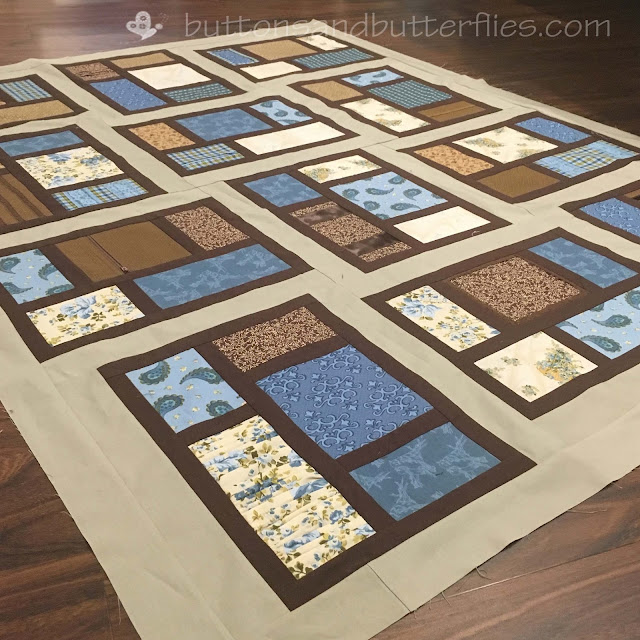 The backing had me stopped in my tracks for a few days.  I am at a point where I just don't have a lot of yardage to make backings.  Pieced backing it seemed to call for again.  This time, I realized that I could squeeze some stash into a giant block mimicking the smaller blocks in the front.  After some math crunching,  it was successful in the endeavor. 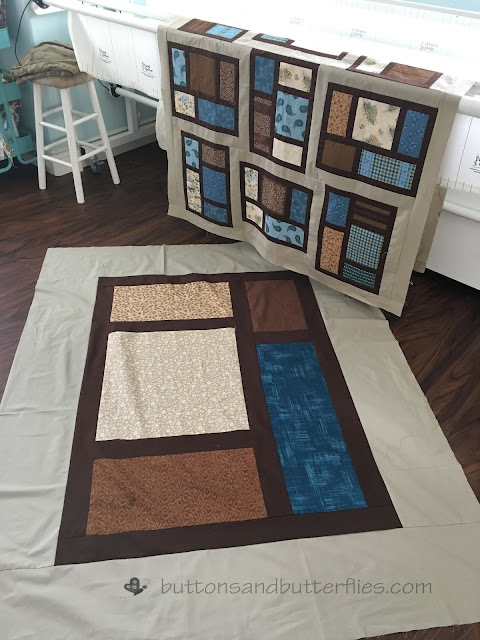 I was worried I wouldn't be able to center the giant block on my long arm, and it is a bit off, but I was pleased that I was somewhat close. 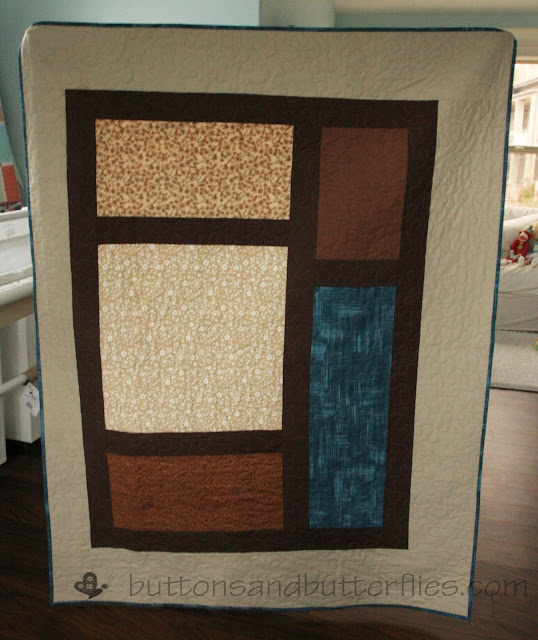 I opted to do a simple meandering since their were so many notions and bits I had to make my way around. 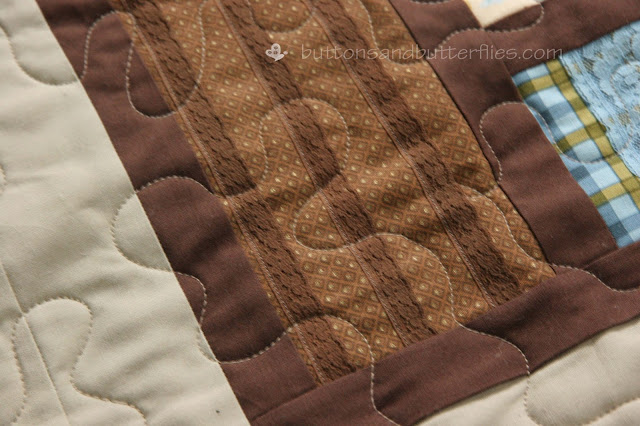 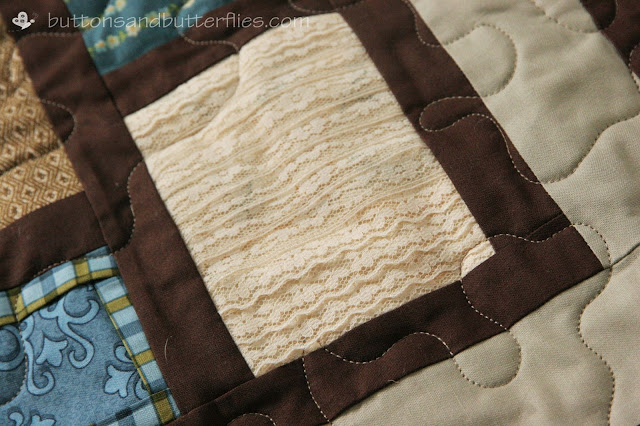 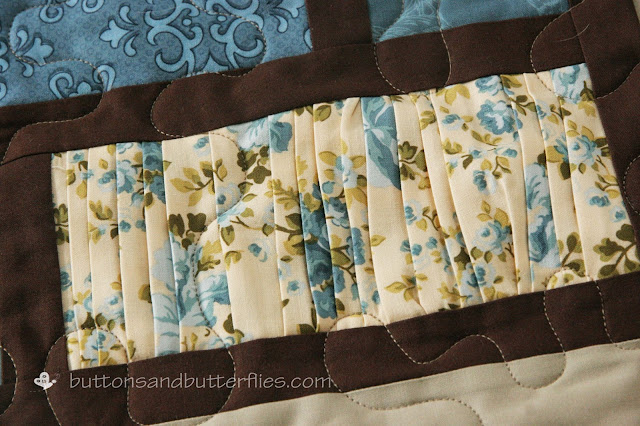 And functional zippers by layering the same fabric under the zipper parts to make a "pocket". 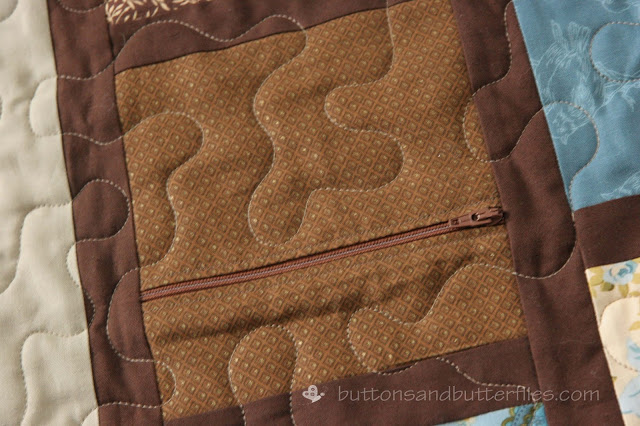 Binding was made with my preciously hoarded Painted Canvas fabric. 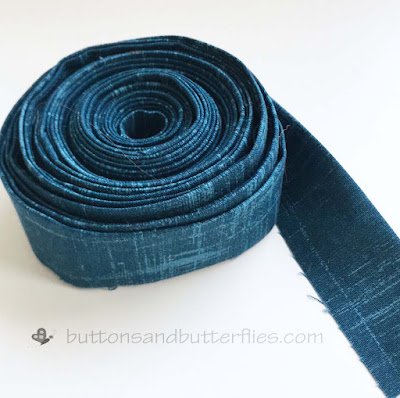 Two happy grandparents who didn't even realize it was a "fidget" blanket
and were just happy for a twin to go with their previous quilt. 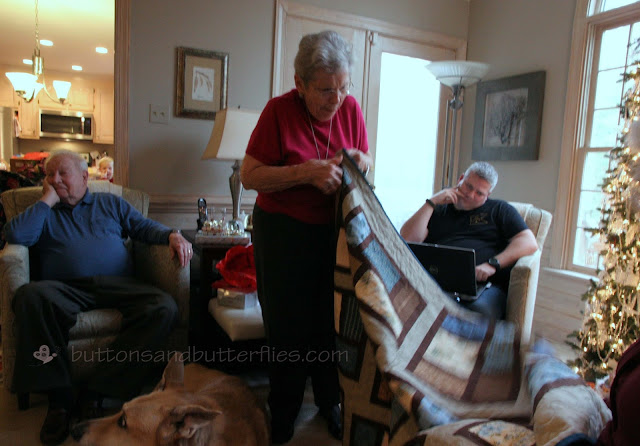 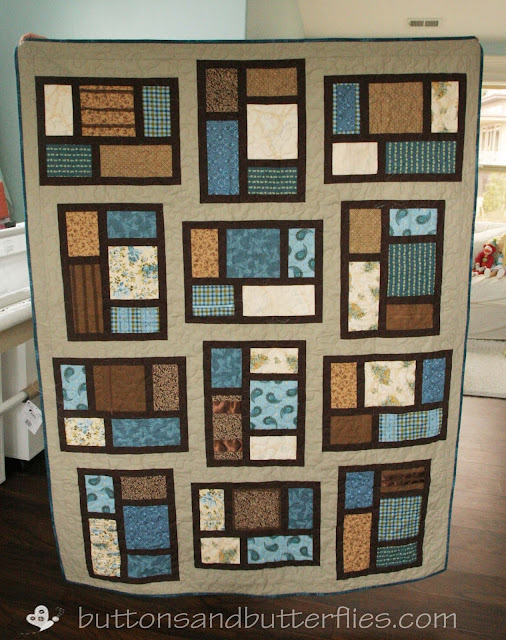