"I survived, carried on, glad to be like a weed, a wild red poppy, rooted in life." 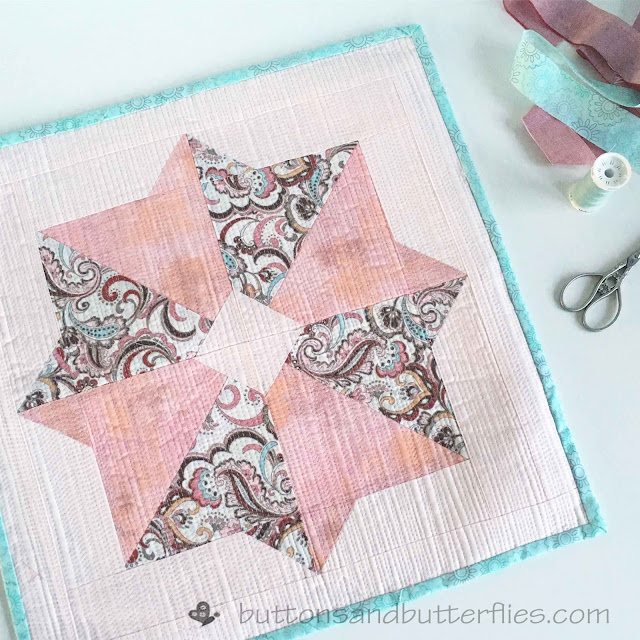 This pillow cover is for my cousin's daughter, Fallon.  She lost her grandmother, my dear aunt, to breast cancer.   My cousin, her son, had returned the Blush and Bashful quilt I had made for her, along with some other items.  I had extra fabric and had told him at the time that I had planned on making his daughter a quilt of her very own with it. 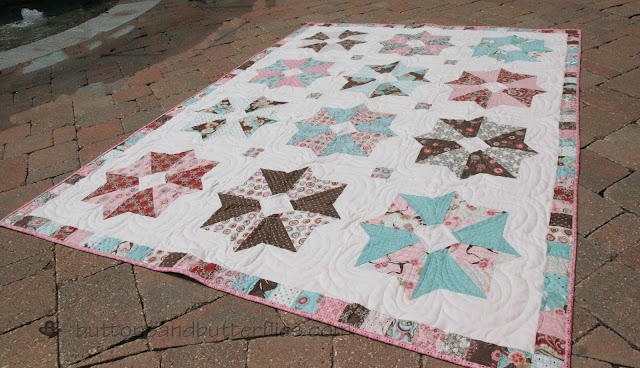 Time went by and he mentioned that he wished he had kept it for his daughter.  He immediately felt terrible for saying it and we further talked about me still making her own.  I started cutting out the block parts knowing I really wanted to work quickly on it.  But I just couldn't get it out of my head.  This past fall I sent her the quilt back with her very own pillow. 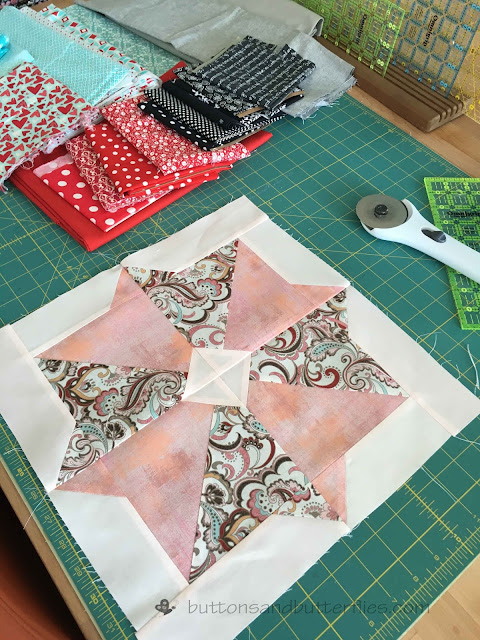 The block came together rather quickly from the extra fabric I found.
I immediately went to work on the quilting. 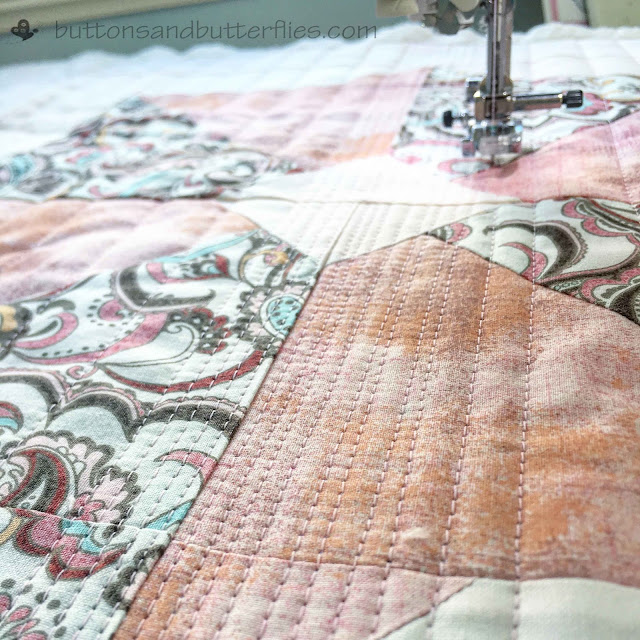 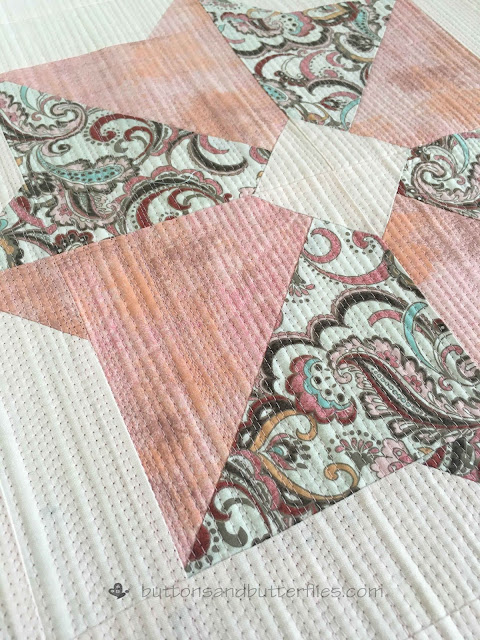 I have a big hankering for matchstick quilting on pillows lately.

I grabbed a pink/rosy shade of Robert Kaufman Essex Linen and a pink zipper from my stash for the hidden zipper backing.

Psssst...can you see the dated fabric inside? I love to use the fabrics I just don't love anymore, but hate to waste it!  I just use them inside of pillows and bags!

Instead of a pink binding, I decided to draw attention to the tiny mint/aquas in the print. 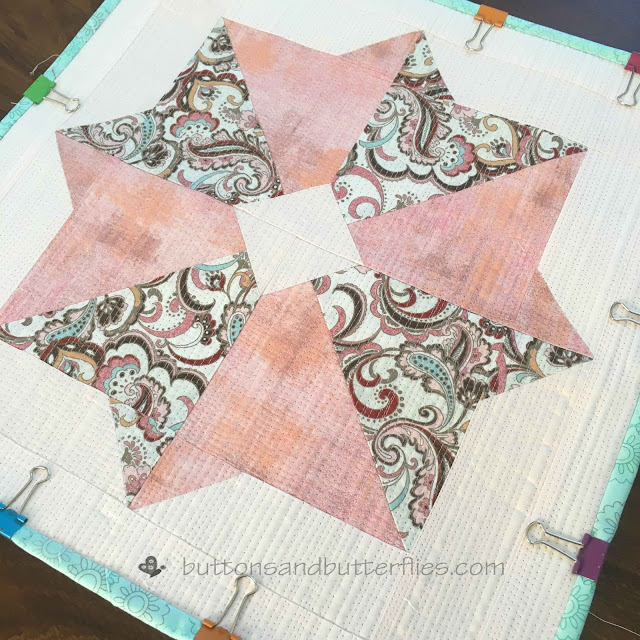 And was pretty pleased how well it looked when I was done. 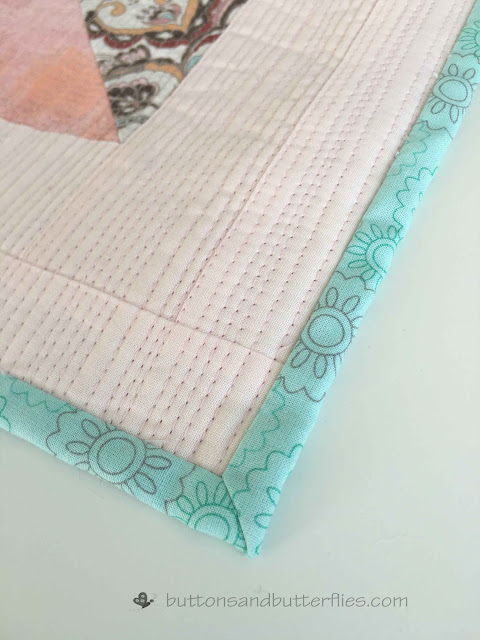 I stuffed it with a new pillow form and packed up the quilt! 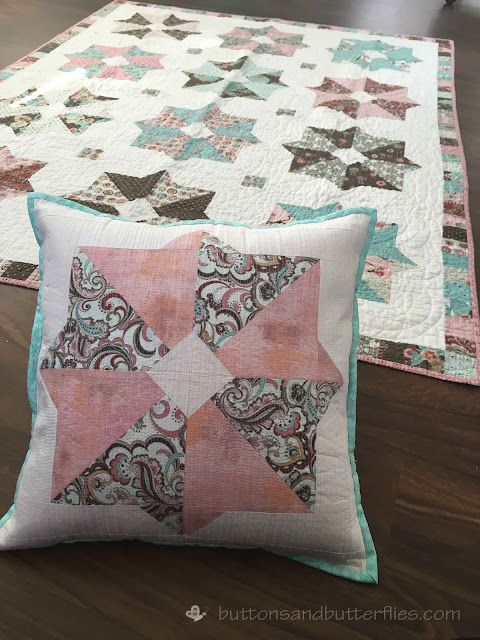 I would be lying if I didn't admit, I was sad to see it go.
But I still have the fabric and know I can make the second one for myself.  In the note I told her I would make my a twin to remember her and my aunt with!