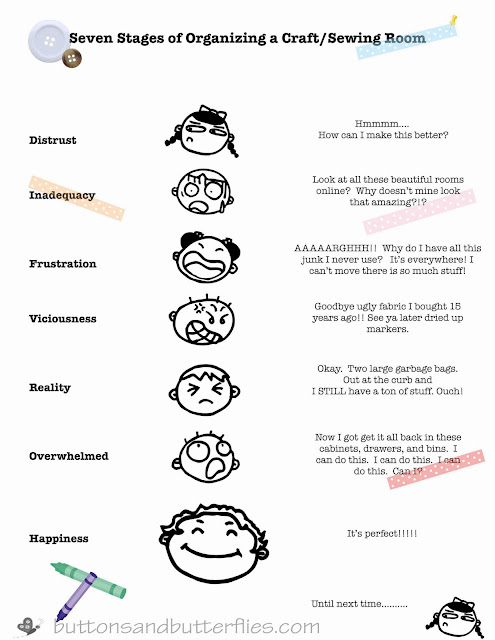 Yup.  I am having THAT kind of week.  For some reason, I decided to move things. This is sorta how it went.

Doesn't make sense?
It really doesn't make sense to me either.  All I DO know is that while the boys took over my studio for school projects on Saturday (4 projects that took SEVERAL hours), I hung out in case they needed me and became over involved with moving my things around.

It started with the first stage: DISTRUST. I really wanted to figure out a better scrapbook storage system. I had trays and the plastic things you see below.  I gave the trays to a scrappin friend and bought more of the other ones to hold all of my paper.

I then was able to consolidate a bulk my scrapbooking into the tall cabinet. 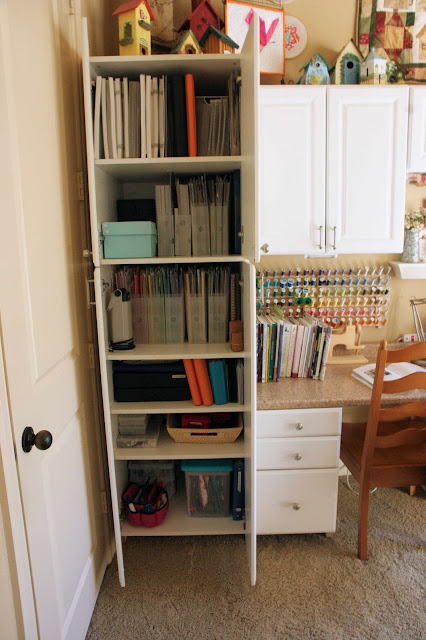 It freed up a lower cabinet in the island.   I left it empty for two days. It mocked me.

I decided to just move the the items from the bottom right corner cabinet into it because I didn't feel like painting, redoing window treatments just to look like a "Made for IKEA" catalog spread.   I refocused on organization! 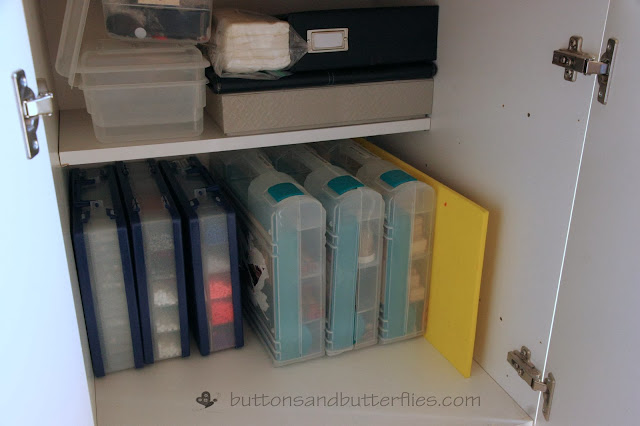 The empty space made room for my printer and Cricut (from an upper cabinet). 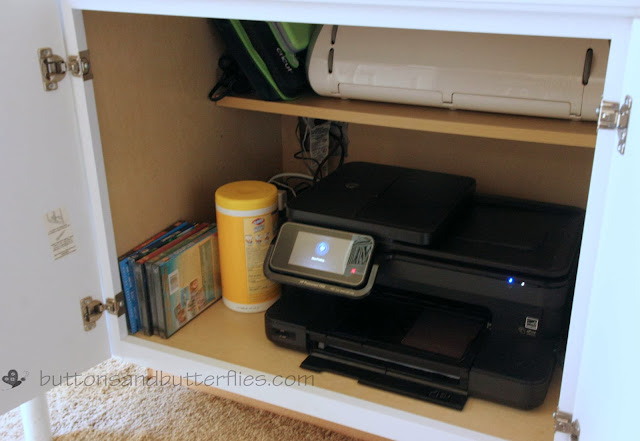 I used to have my old printer under here and am not sure why I moved it in the first place?
I'm tired of Mr. Grubby hands turning it off and on, not to mention he loves to mess with the paper!

Moving it also allowed me to chuck the old falling apart table that was holding the printer and paper to the curb.

It allowed me to add my favorite new addition.  Pre-cut storage! 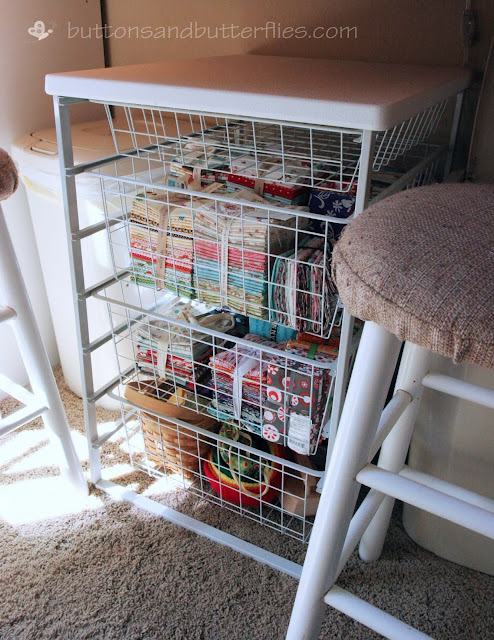 Yumminess right at my fingertips and the top one empty for the WIP I need to quickly clean up to get out of the way for laundry and homework time.

Oh.  When I moved the cricut? It freed up space for the paper, labels, and my binders so it could be more accessible to my fingertips. 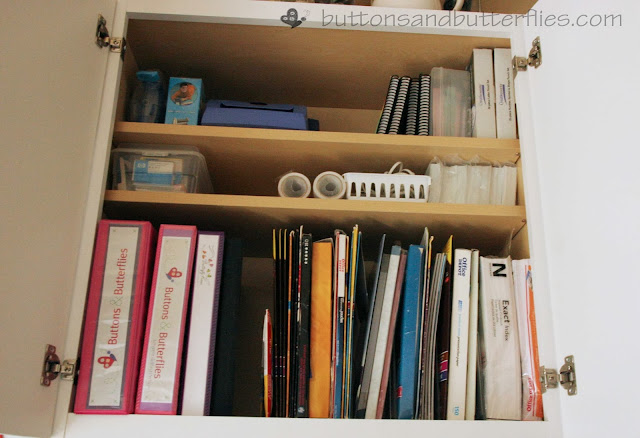 Here is the big joke.  I basically ended up moving a bunch of things around which left two free shelves for what? 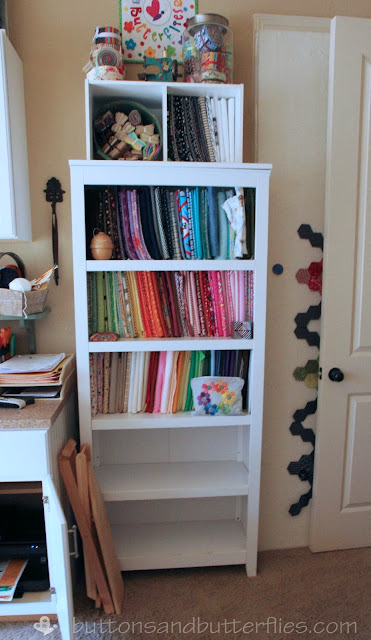 I had a plan, but it all it seemed to create was the need to move MORE things around.

Which caused me to attack my closet.

ENTER Stage 4 and 5: VICIOUSNESS.  Fabric was gathered that I will NEVER use.  Yearbooks were moved to the boys rooms.  I'm not even clear why I had them in my room?  Empty bins and baskets are piled up in my garage.  Things are nightmarish at this point, to be honest and REALITY quickly set in.

It all has to be dealt with.

I vowed I will not work on a project until I get this done and reach Stage 7: HAPPINESS

In the meantime, I'm stuck at stage six:
OVERWHELMED!!!

My room is my definitely my WIP this week!!!