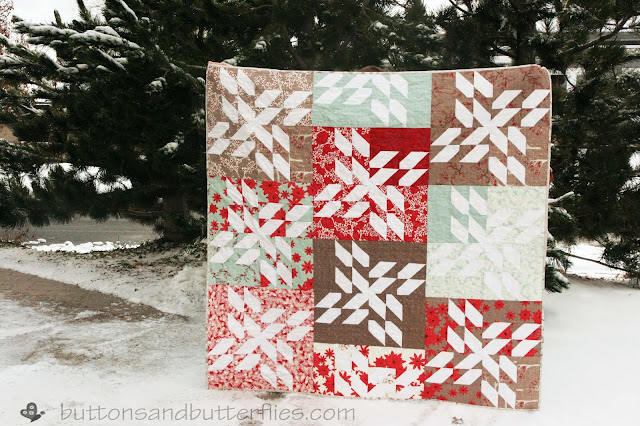 I have adored the Winter's Lane Fabric line by Kate & Birdie since the day I saw it.  I was so excited to use the Fat Quarter bundle I bought from the Fat Quarter Shop when it came out for my Spirograph quilt.  But I was even more ecstatic to be figure out how to use the leftover full fat quarters and scraps for a second quilt.

I first saw the Festive Flurries quilt pattern quite a while ago in one of my magazines before I even thought about using my Winter Lane fabric.  You can find at the All People Quilt site HERE.  It's also called Blooming Bliss in a different color option. 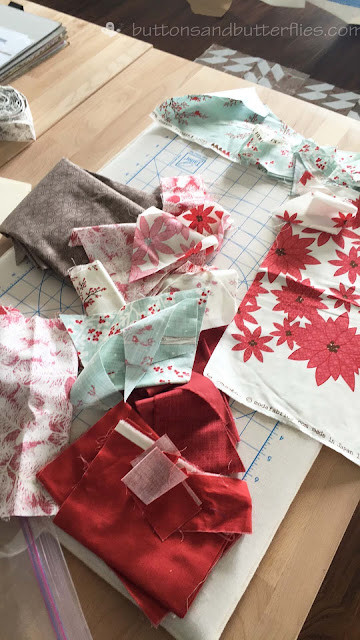 I didn't want to make mine as large as the original pattern, so I was able to cut leftover fat quarters and squeezed out some block parts from the leftover irregular cuts of the Spirograph Quilt. 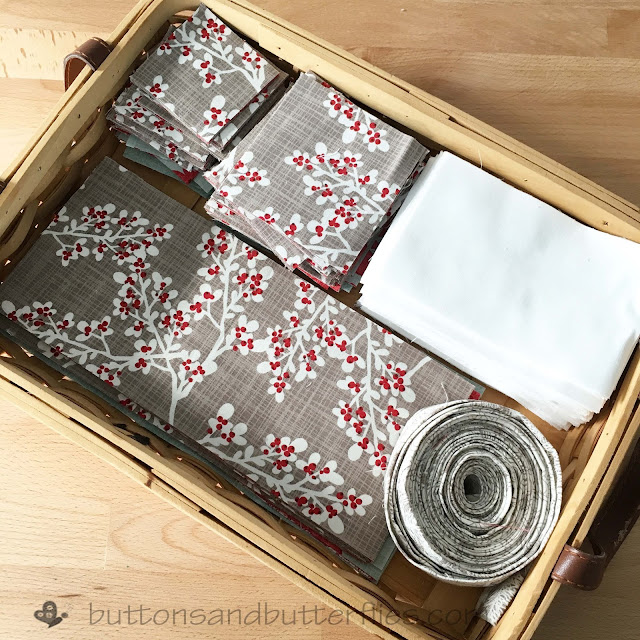 I contemplated using the taupe/cream fat quarters for the "flakes" of the pattern, but finally settled on a solid white.  Hindsight, I probably should have used a softer white like Bella or Kona Snow. 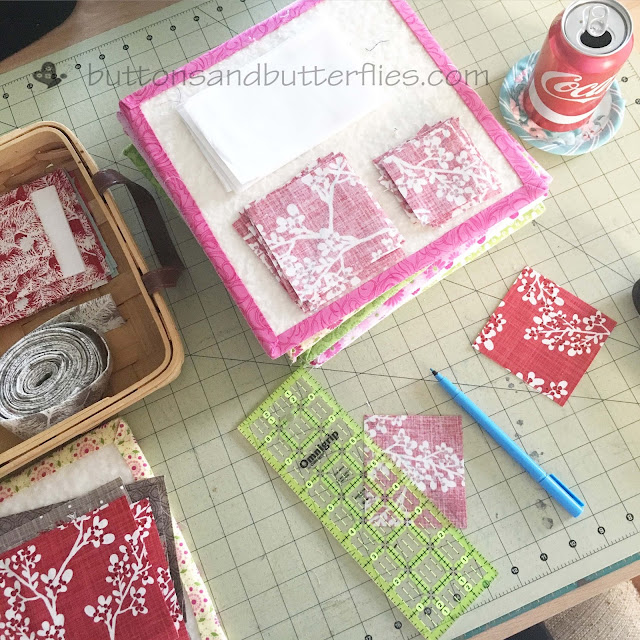 The one thing that I ran into is that I really didn't like all the different blocks mixed up like the original.  I felt that all the cream accents were distracting when it had a scrappy look and took away from the snowflake effect.  I decided to arrange it so that four blocks made one giant block.

If you look closely, you can see that sometimes I didn't have four block of one print and concentrated on color coordinating.  I liked how it was a subtly scrappy.  I also ran into some trouble with some of the prints in one block.  A good example would be the bottom middle blocks.  I had to use a different print within the block part. 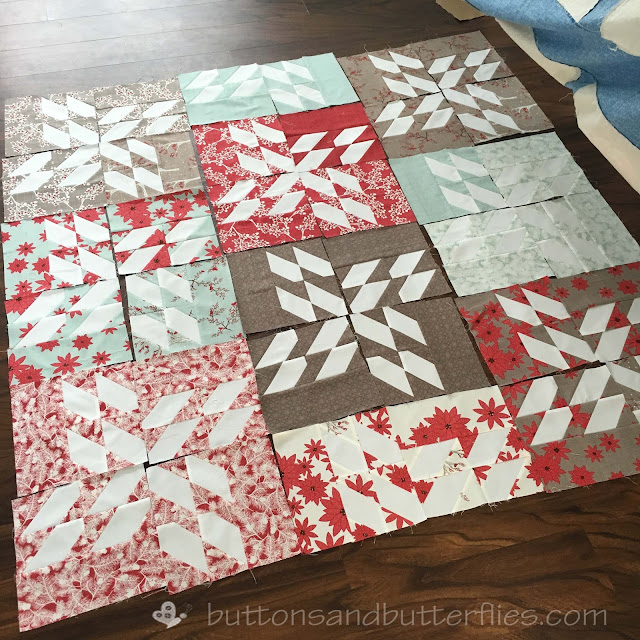 When I was finished, I realized I REALLY wanted to do a Winter's Lane backing.  I was lucky enough to find some on Etsy.  How cute is the fussy cut block that was sent along? 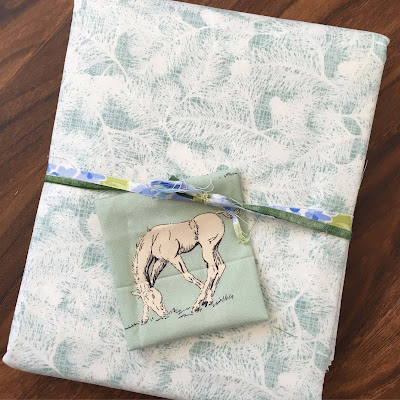 Unfortunately, when I ordered it, I didn't plan very well and was short a 19" square to fit my long arm quilting needs. I found a quick HST snowflake quilt block to be a filler. 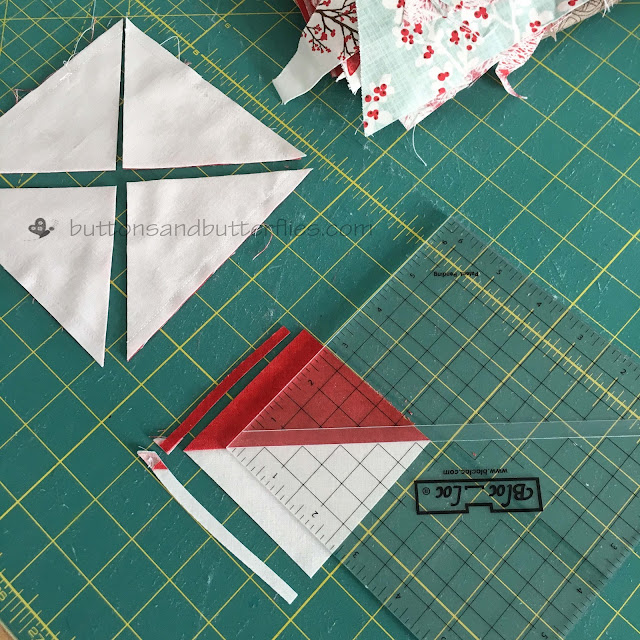 It seemed fitting to have the pop of red on the back.  I noticed way too late in the game that I had flipped one HST the wrong direction on the bottom one. I'm thinking a good place to put the label?!?!? 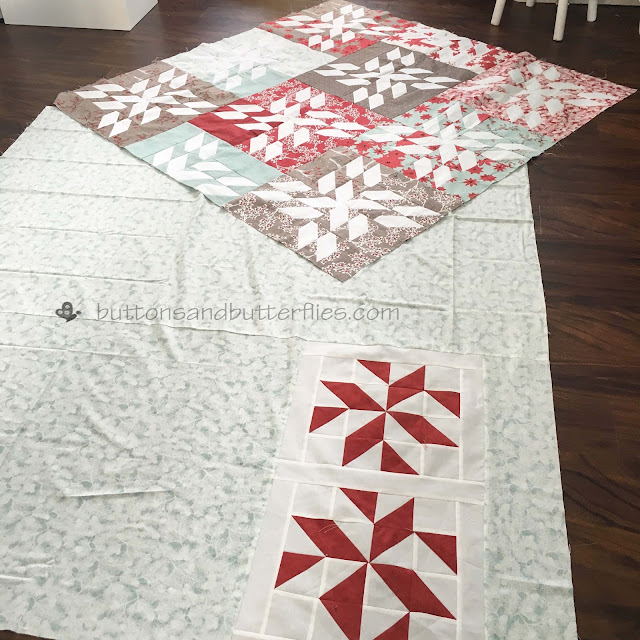 I wanted to do the same pantograph I did on my Spirograph Winters Lane quilt. 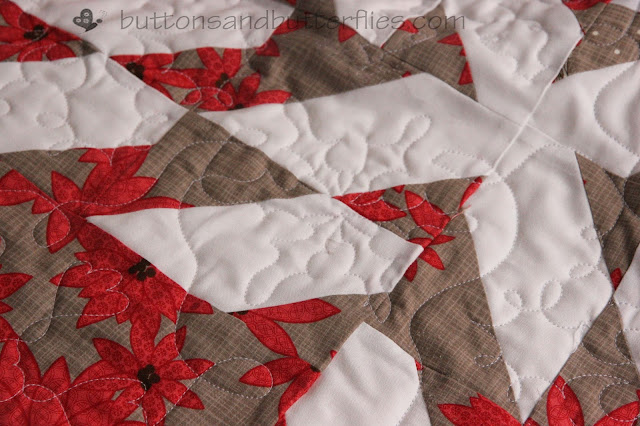 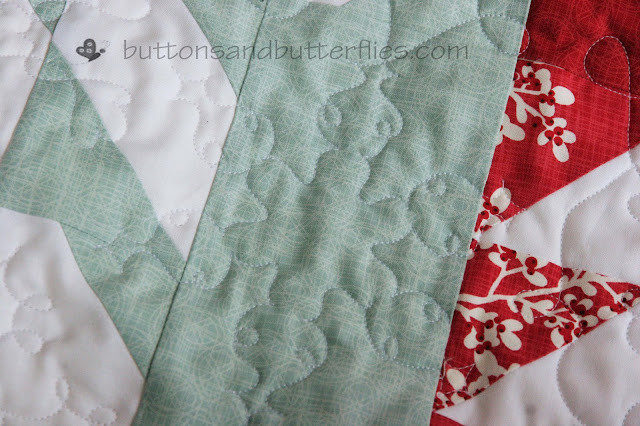 And thankfully you can be a little "off" because every snowflake is different than another, right? 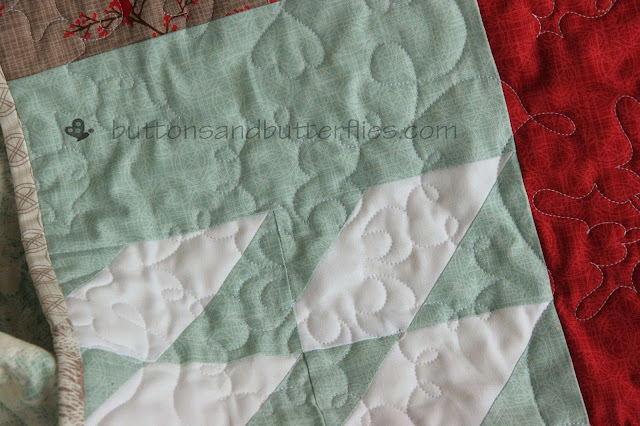 Out of the four, this one is my favorite. 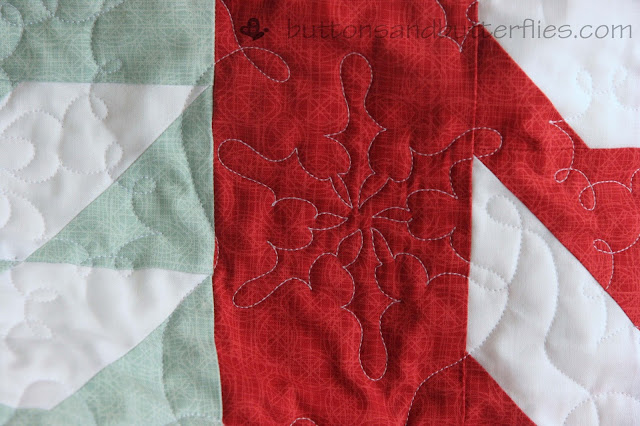 The binding was a few of the cream/taupe fat quarters that had bypassed for the blocks. 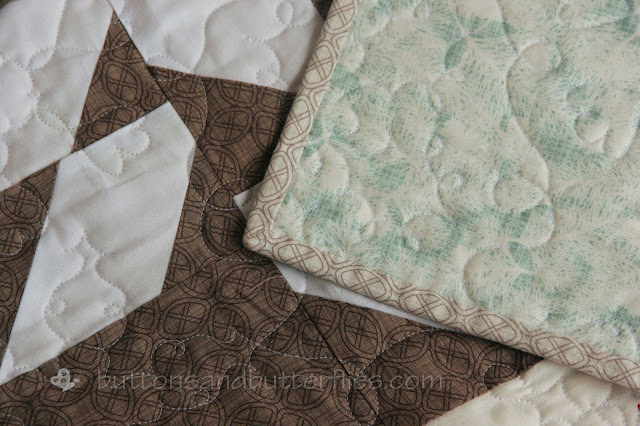 The only difference than the Spirograph quilt, is that I used a white thread instead of a darker taupe since there was so much white in the blocks.  I also felt that the backing was so pale. 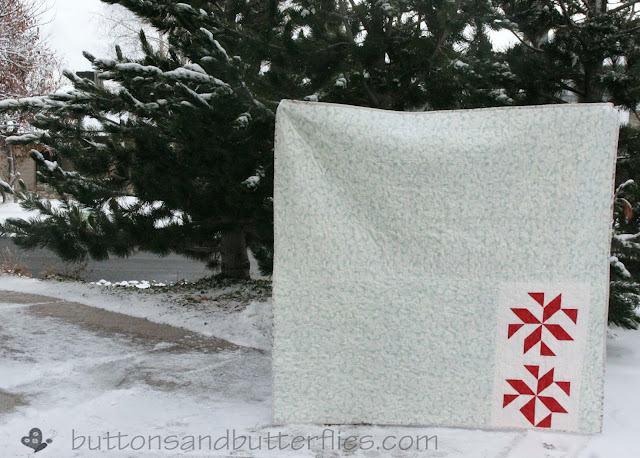 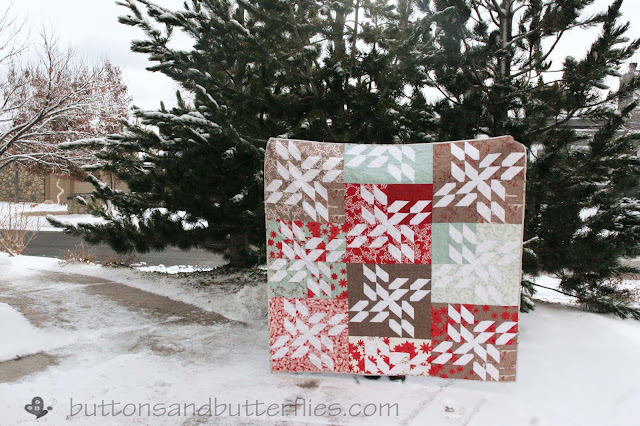 I just have a small, small amount of this fabric leftover and a ziplock bag full of triangles I stitched into HSTs while I was making the quilt blocks. I'm hoping to make some pillow covers for the chairs that these go on. 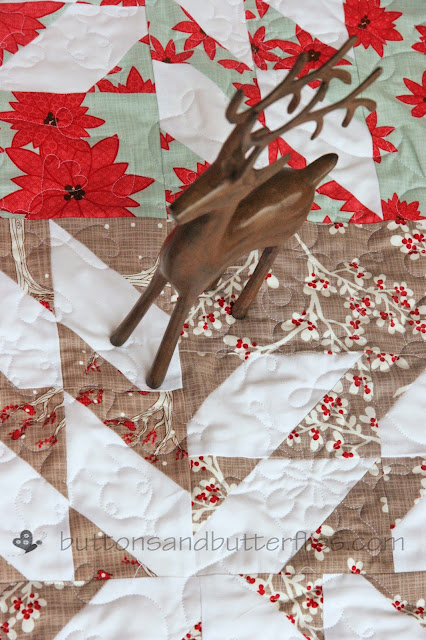 My favorite part is that its finished just in time for Christmas this year and will be on my chair until Spring arrives.  My 2017 goal is to make my Christmas quilts with my Kate Spain bundle!