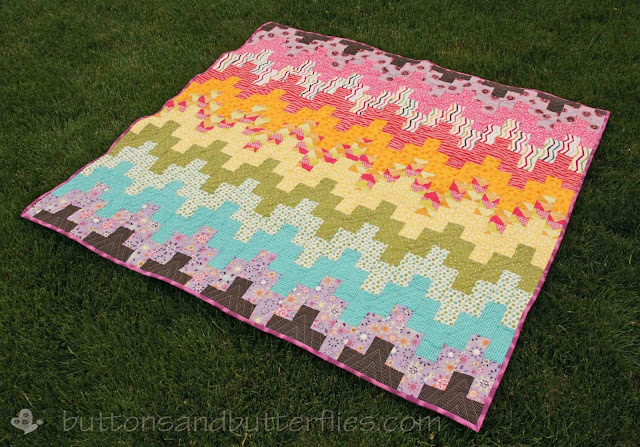 This quilt.  It just wasn't enough. 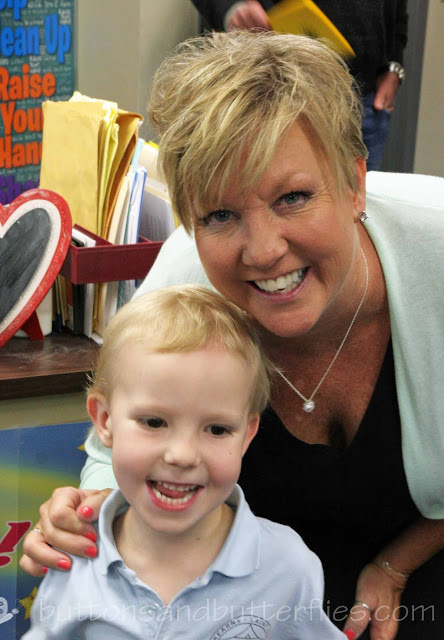 So I made her a quilt. 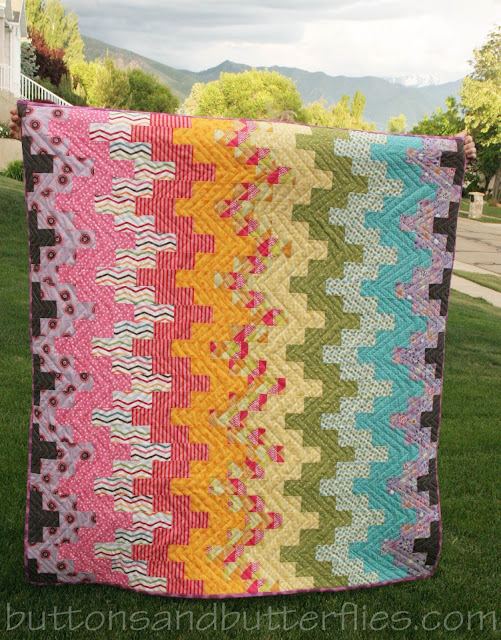 Button chose the Quake pattern from the Quilt and More Spring 2016 Issue. 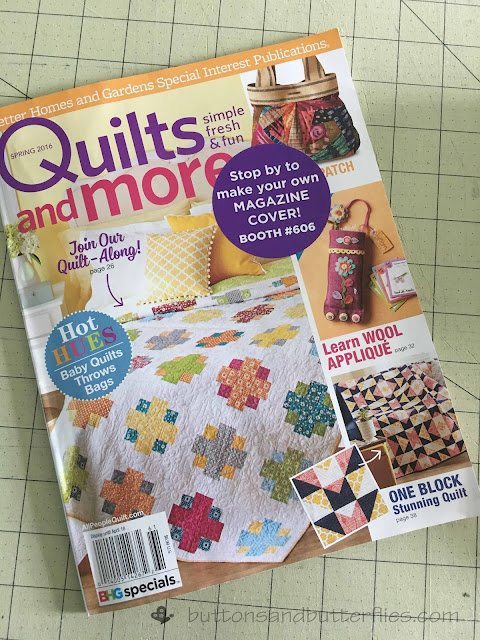 I was working on another project so I handed him quite a few magazines and he chose the pattern.  I think it was the alphabet fabric that was the clincher.  Then Button chose his fabrics. 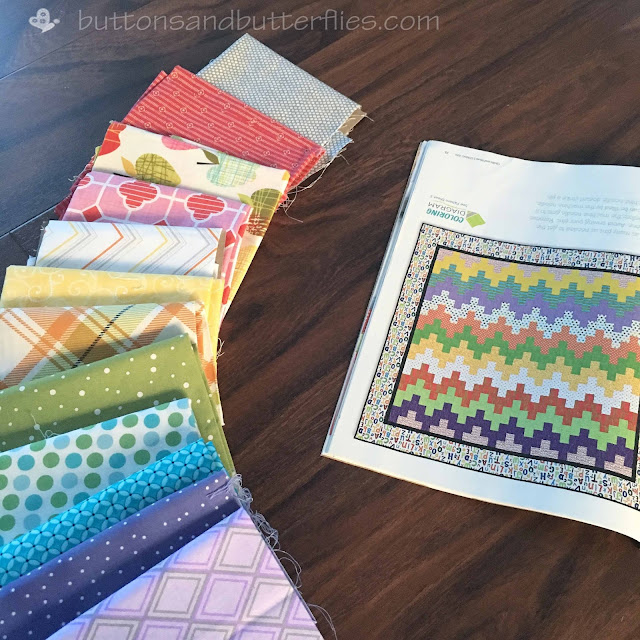 Unfortunately,  the pattern calls for all fat quarters and he had pulled quite a few fat eighths, so I hit the shelves for similar colors. I'm still in trouble for not finding a new grey.... 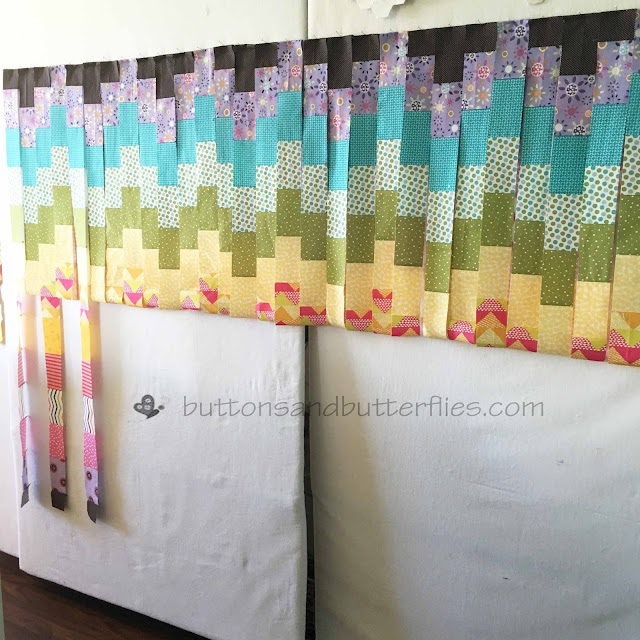 The pattern is super fast.  SUPER fast.  I MEAN SUPER FAST.
I may start tossing magazines at Button more often to find fast patterns for me? 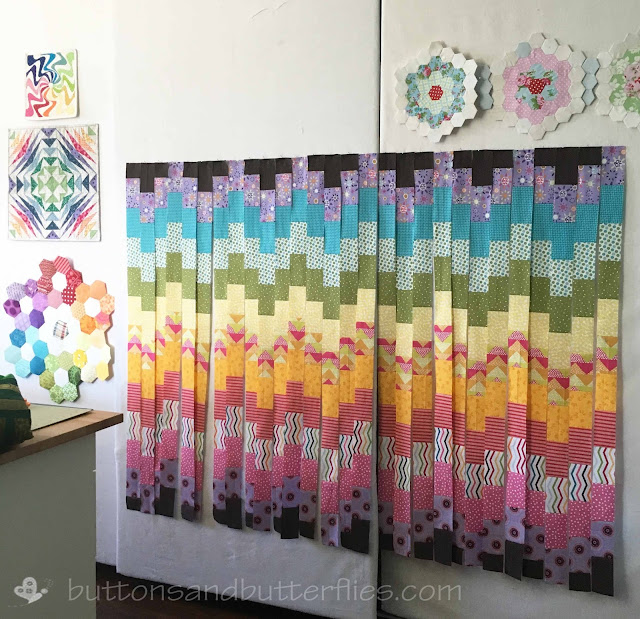 From the time I cut the fat quarters to having a finished top? 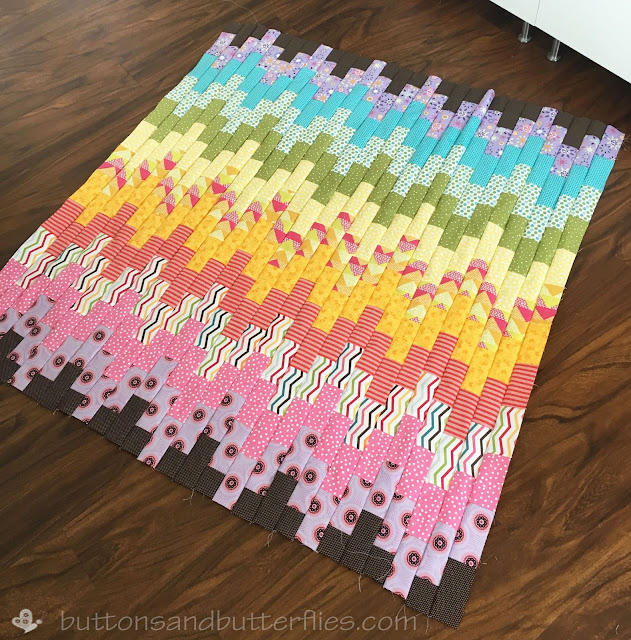 I skipped the pattern instructions to add two borders because I wanted to keep it a small lap size. 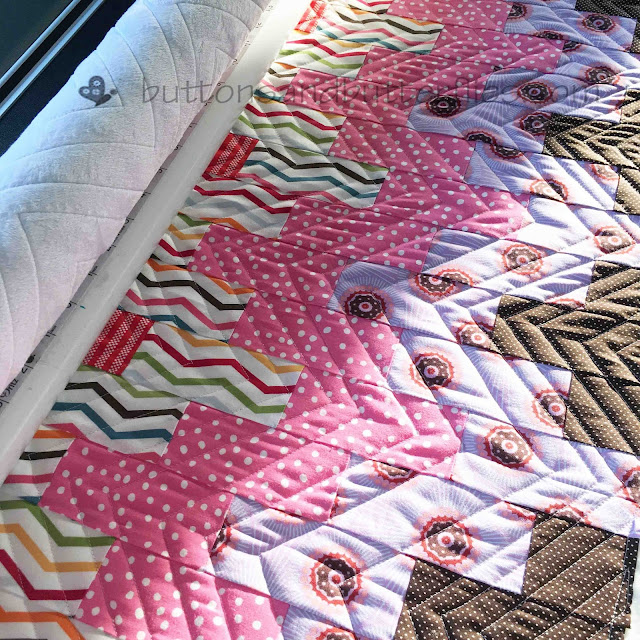 I used a leftover bright white minky from my stash.  I had a panic moment, but when I saw it together with the top, I knew it was meant to be.  The quilting started out as a consistent chevron pattern using my rulers on the longarm, but I soon lost interest and started playing with widths and angles to make it interesting. 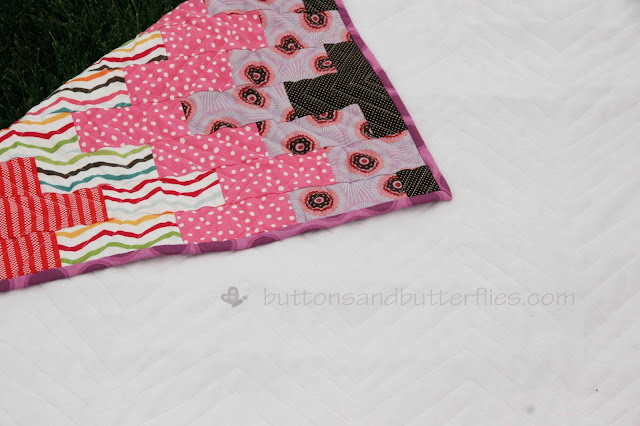 A cool large dot purple was chosen for the binding "since it's Mrs. P's favorite color", according to Button.

My favorite part?  I had Button compose a thank you note on my iPad and draw a heart.  He just recently learned to draw a heart from a little girl in his class and was eager to please.  I then digitized the note and heart and designed a embroidered quilt label. 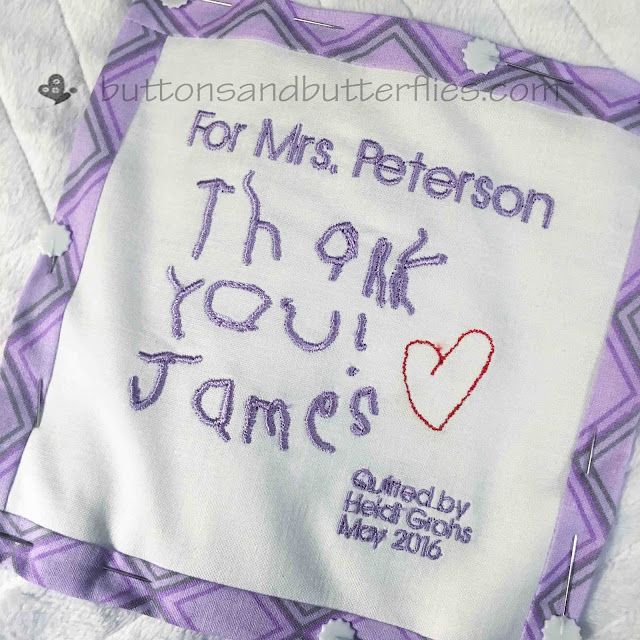 The only regret I had was not having him write her name too.
His handwriting is just soooo adorable. 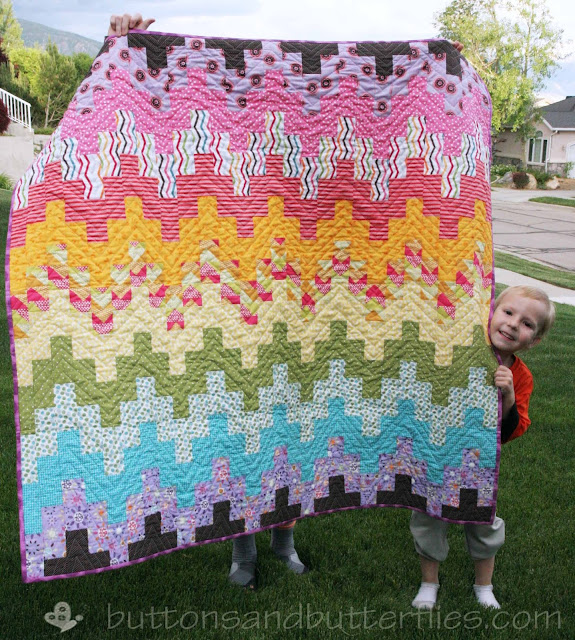 To say he was excited and proud to gift her this quilt last Friday would be an understatement.