To continue with the 2016 Theme of Sewing my Stash, this past October, I rummaged through my precut bookcase and found one remaining Halloween charm pack.  It was Monster Bash by Moda Fabrics I had bought to use as a backup option for quilt I made a client called Trick or Treat Quilt. However, I eventually found the original charm square pack she had requested like the original I had made. 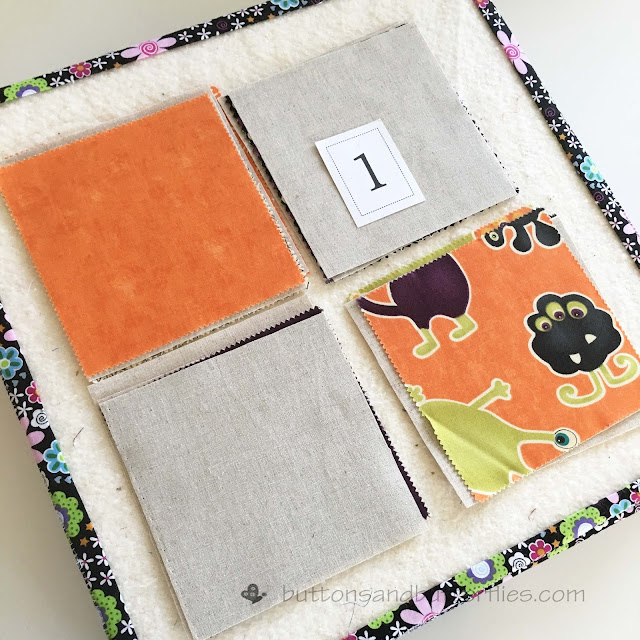 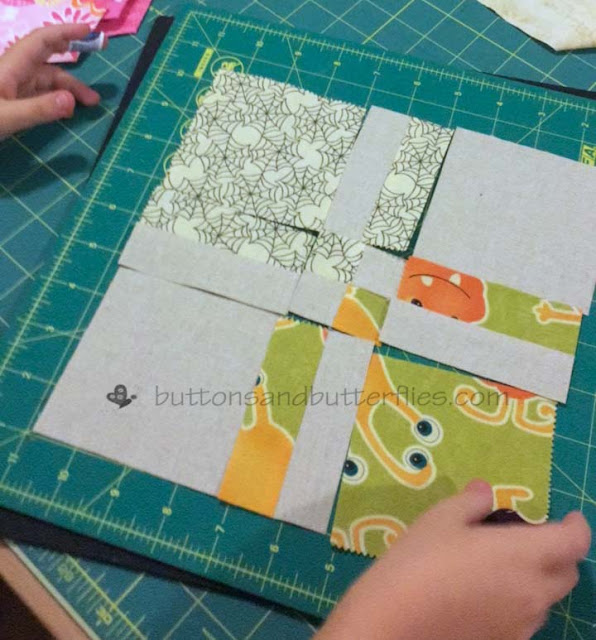 Even Button became interested and very involved.  He loved "flipping" the pieces. 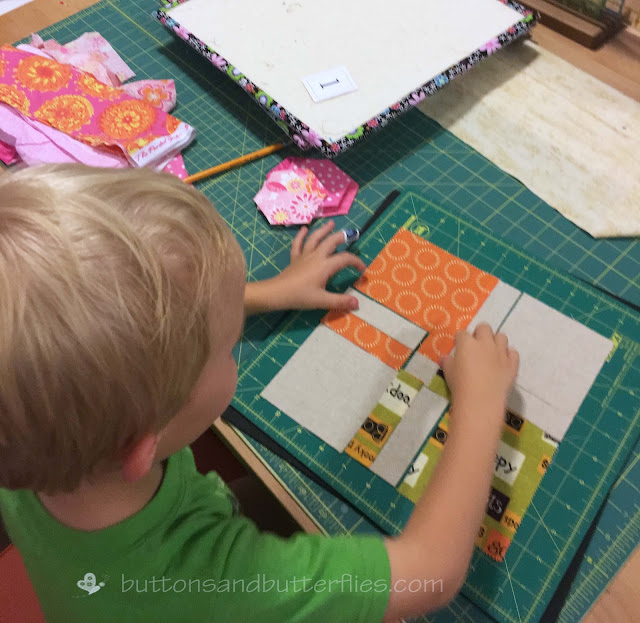 And he was so determined that we finish the quilt, he helped me with the piecing on the machine since he was determined to have it finished by the end of the weekend. We both agreed we liked the thin black with wider linen borders to make it larger. 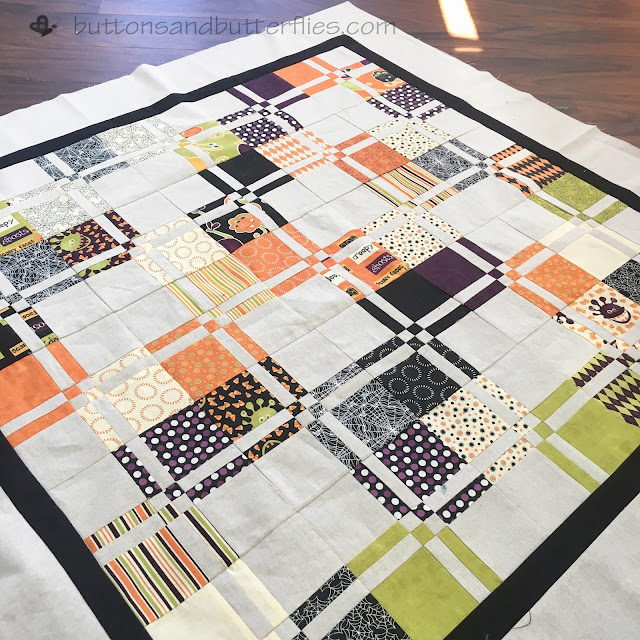 I didn't have a good amount of yardage I liked for the backing, so I did purchase some fabric from Joann's.  We chose this Witches on Brooms on a gray background. 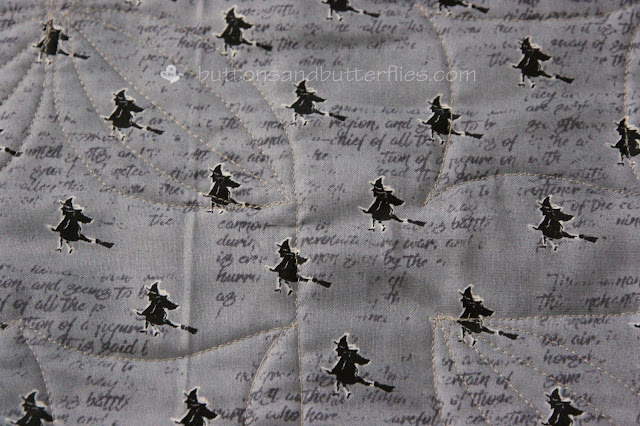 I was skeptical when I brought it home because I realized there weren't any gray blocks on the front, but went with it because I have no plans as of this moment to make another Halloween quilt since we currently have five.  I then changed direction from the original orange/brown dot fabric for the binding and pulled this black and white dot from my stash. 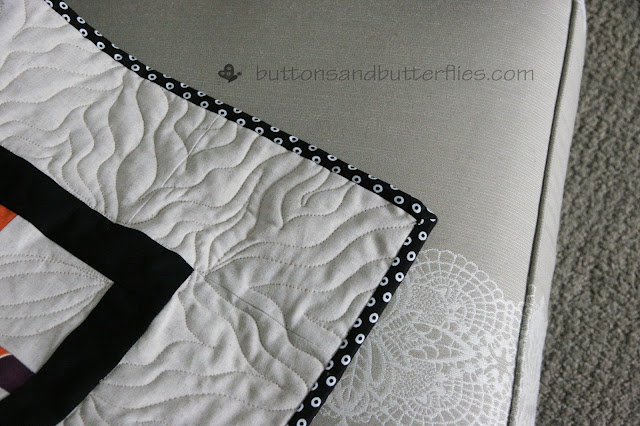 I have to say that I actually liked the gray background now. The white and black spiderweb blocks read that same tone.

I REALLY enjoyed quilting on the linen. In the past, I've been a bit frustrated that my quilting hasn't "shown" up and sorta blends in.  But the Essex linen played nicely.

I origianlly had intended to do spiderweb blocks and only did one small corner and changed direction with the more floral center.  The border is a wavy triangle all around. 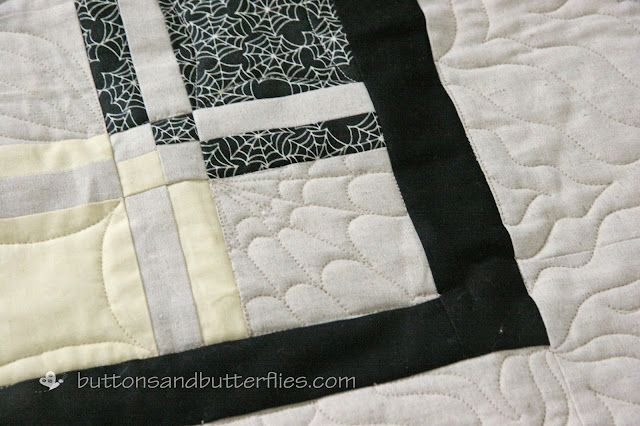 I love that it will blend right in our more formal room, we jokingly call The Library.

I think it will bring in some color for Halloween?
Don't you? 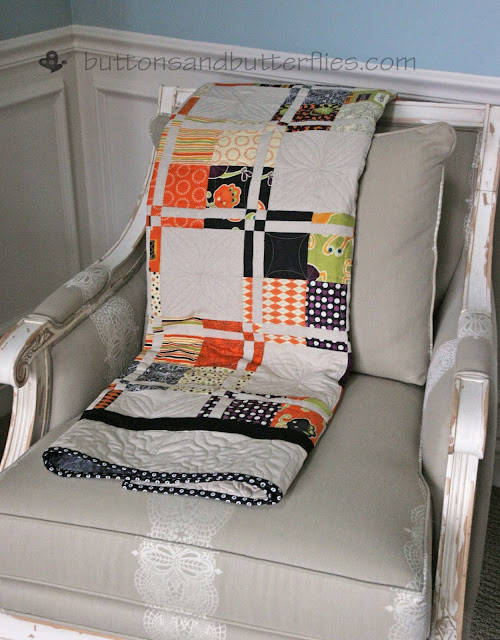 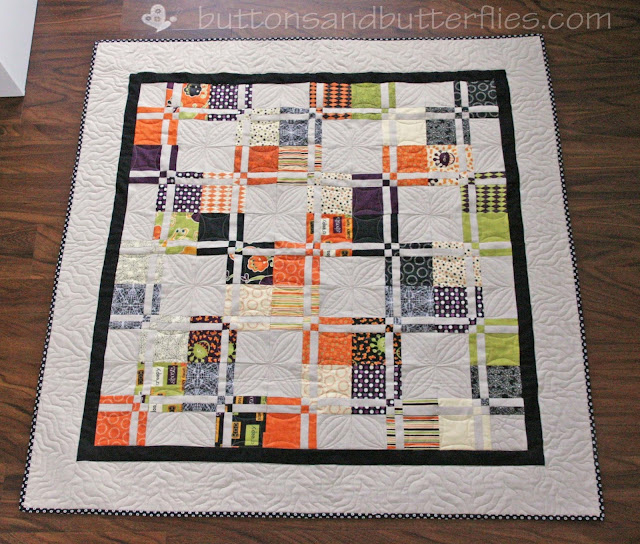 The best part?  When I finished the binding and presented it to Button?
His response was "WE made that mom!  Great job team!" with a double high five.

He makes my day in an instant!