"Nobody knows what a boy is worth,
And the world must wait to see;
For every man in a honored place,
Is a boy that used to be."
-Phillips Brooks 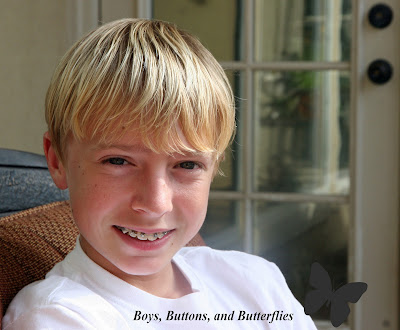 Fourteen and counting!
It is hard to believe that I am now not only a mother of another son that is a newborn, but that I also have a son that is now REALLY a teenager!
What a great kid our Little Big Man is!
About 9 years ago, Josh began his baseball career on the T-ball fields.  He was so tiny in stature then and even now.  However, his personality has always been BIG.﻿  He is what I would call an old soul.  Even though he has another nickname, space cadet, he constantly amazes me with the way he sees the world around him.
A very spiritual guy.  He often comments that if priests could be married in the Catholic Church, he would be one.
He doesn't know it, but his little brother's hero worship him.  Their abilities to hang out with his friends with ease is due to the ability of Josh to ﻿make them feel welcome.  Their need to play outside and play sports is directly related to his passion for heading out the door and shooting hoops for hours.
He is protective of not only his little brothers, but also his little sister who is gone.
His first words to James when he was finally placed in his arms?
"I love you."
I honestly don't think there could be a better big brother!   So here's to you Little Big Man.
HAPPY BIRTHDAY!
Posted by Heidi Grohs

Email ThisBlogThis!Share to TwitterShare to FacebookShare to Pinterest
Labels: boy