"Rainbow Babies" is the understanding that the beauty of a rainbow does not negate the ravages of the storm. When a rainbow appears, it doesn't mean the storm never happened or that the family is not still dealing with its aftermath. What it means is that something beautiful and full of light has appeared in the midst of the darkness and clouds. Storm clouds may still hover but the rainbow provides a counterbalance of color, energy and hope.
-source unknown 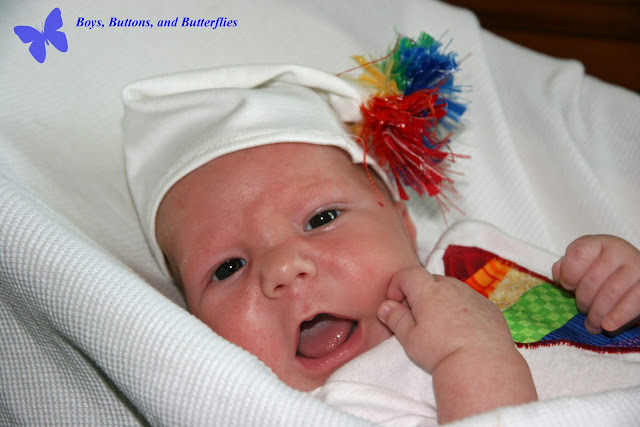 Why am I posting this definition once again?
Because when dear hubby saw his sweet baby dressed in a Rainbow Heart onesie...he was thinking of this kind of Rainbow.... 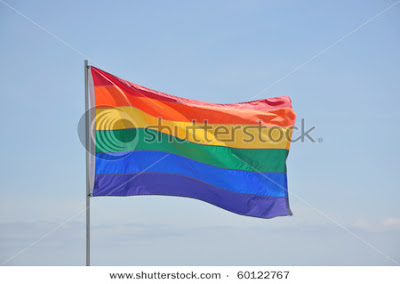 If you aren't sure what kind of flag it is, just google gay rainbow flag images.
Not only did I make a "FAIL" outfit (read details)
My rainbow heart (a foundation pieced heart which isn't worth taking a picture of...my zig-zag stitch looks HORRIBLE)
and a baby hat (made it way too big at first, then when I fixed it...it looked HORRIBLE)
with a rainbow pom-pom (cut up a rainbow ribbon and it just frizzed everywhere...it looked HORRIBLE!!!)
BUT I also....
made dear hubby go "hmmph" followed by sarcastic comments.
Yup.  A fail.  In so many ways.
But I do hope he reads the definition so that he realizes that my intentions came from a good place.
My execution?  Not so good!