Magical is the only word that comes to mind for our family trip to Disney World. 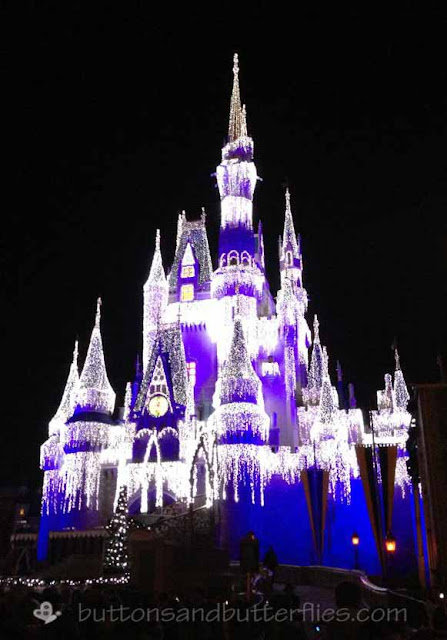 I could make a super long post, but I will try to be brief....


It was my birthday and Mr. Boss knew I was not finished with my Mickey quilt for the trip.  He gave me 2 hours to get it to it's "binding" stage...and I did it!  After picking up the boys from school and eating some dinner, I was hand sewing my binding in the car that evening! Oh...and we drove because Mr. Boss booked our trip exactly 5.5 weeks ago and plane tickets costs for six of us on a short notice?
Yikes!!!


We finally arrived to Orlando, Florida!  Button decided to make friends with a marble column in the lobby of the Grand Floridian where we were staying. 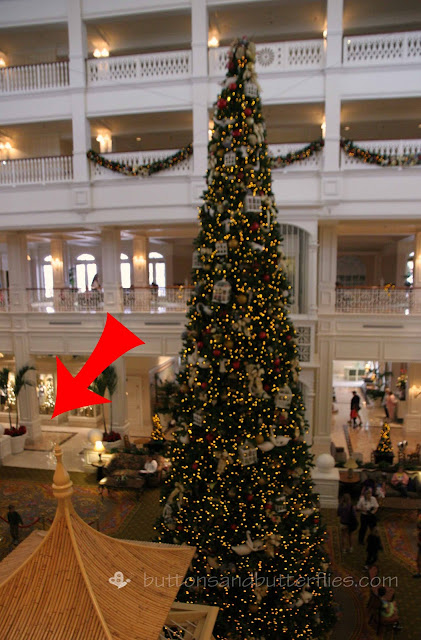 The one the arrow is pointing to be exact!  He is SO lucky that for some reason, he only dinged his head.  It had a sharp corner at the bottom that he fell straight forward on. Visions of CT scans and a few days in the hospital for a skull fracture danced in my head. 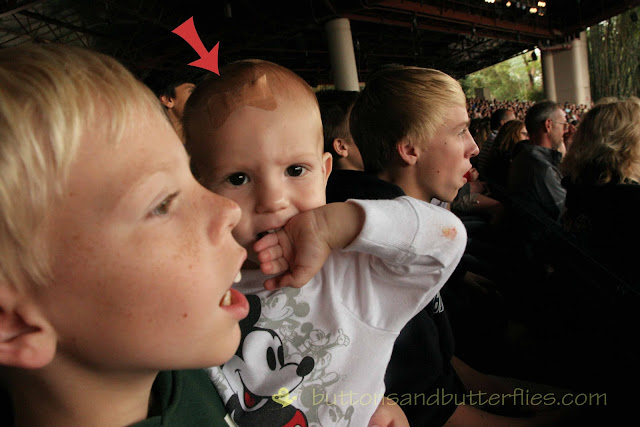 EMS was called...great....and he managed to only need some tender loving care and also received a stuffed Mickey Mouse with a matching band-aid from the resort employees to get him to smile and stop screaming...he was scaring all the other guests.  No one is allowed to cry at Disney!

We decided to use our Disney apps.  We actually listened and went against all of our usual instincts to go to the Magical Kingdom, but instead, headed to Hollywood Studios. 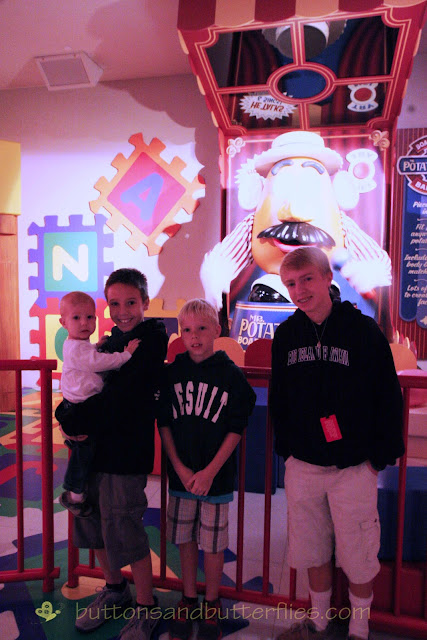 Watching his reactions on the Toy Story ride and seeing him light up during the Disney Jr. how was amazing.

Seeing him light up like a Christmas tree when he first met Mickey? 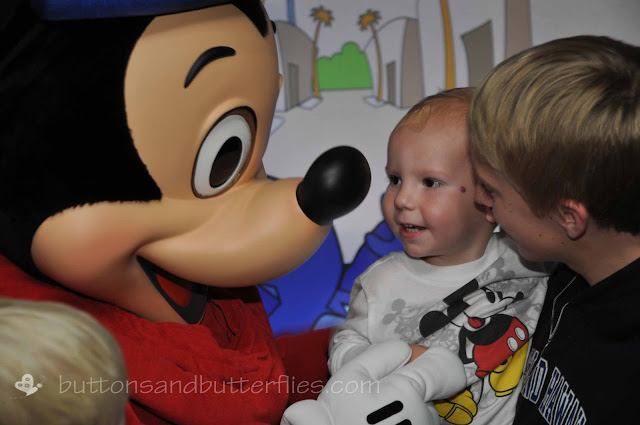 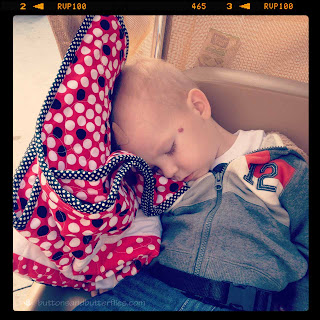 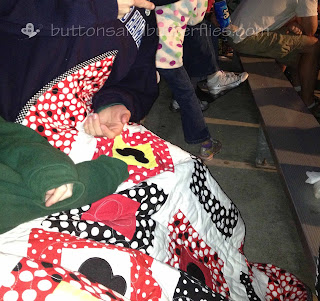 It was freezing, but we were all wrapped up and warm! 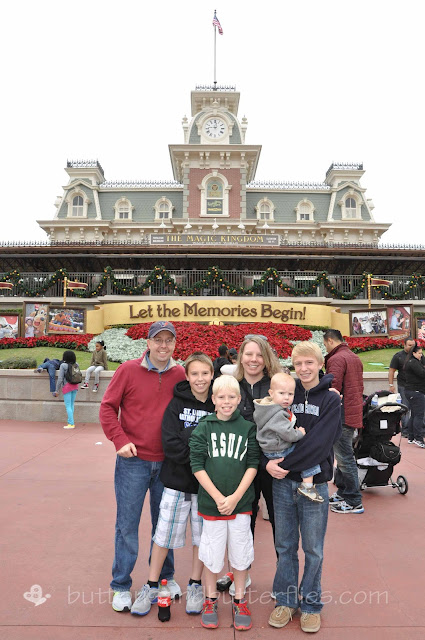 The boys were true sports and weathered all the "baby" rides...Peter Pan, It's a Small World, Pooh Bear, Dumbo...and a visit to see Goofy, Donald, Daisy, and Minnie.

Kisses to be had for all. 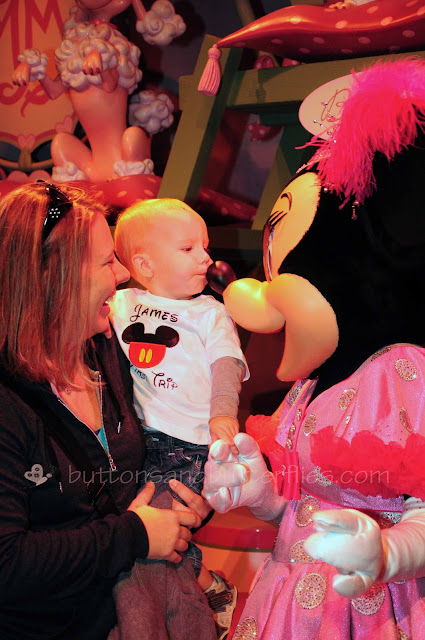 I think the characters loved Button more than he loves them!  They had such a hard time moving on to the next groups.  He would do his little sweet "bye" to them and they would run over to him again!

After some Big boy ride fun... 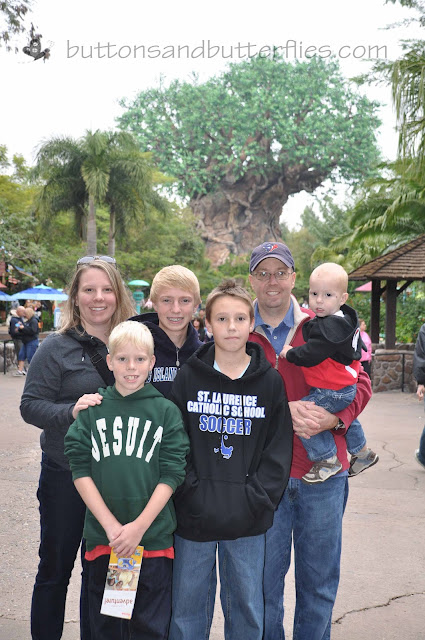 We headed to the Animal Kingdom when the afternoon crowds became heavy!
I HIGHLY recommend you get the park hopper passes so you can hop around in one day like we do ALL the time!

We have been on the Safari trip many a time, but due to the cooler weather...the animals were incredible!! 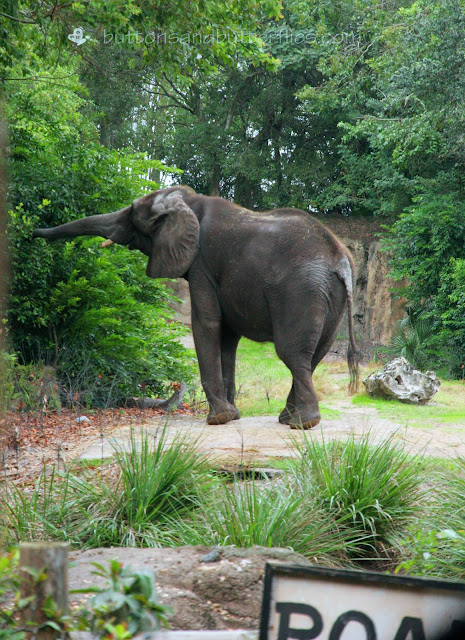 I will seriously consider going to Disney in cool weather again.
The animals seem to hide in the shade when it is hot in the past!!!

Afterwards?  Off to Downtown Disney for some dinner and Lego store fun! 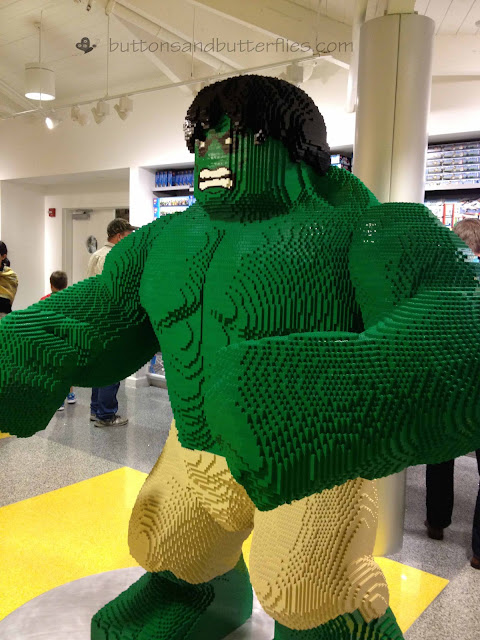 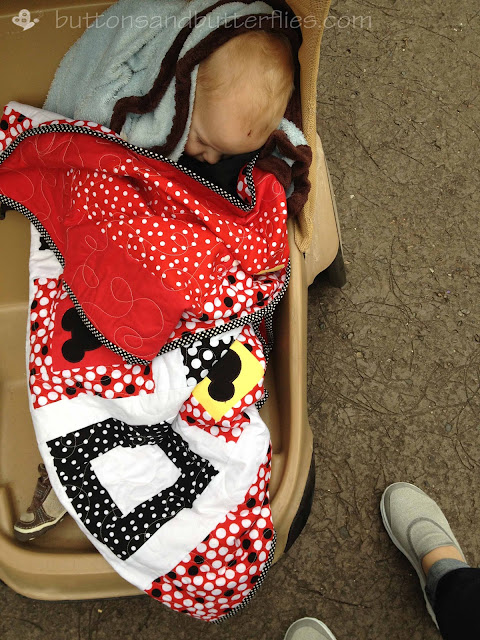 Mickey Quilt use #4:  Wrap up sleeping baby on the bus ride home. (no picture)

A slow start.  We decided to get out of bed slowly...enjoy a nice breakfast at the hotel.  Arrived to the Magic Kingdom.  Boy...it was crowded...but we managed to get some rides in!

Since we were rested? 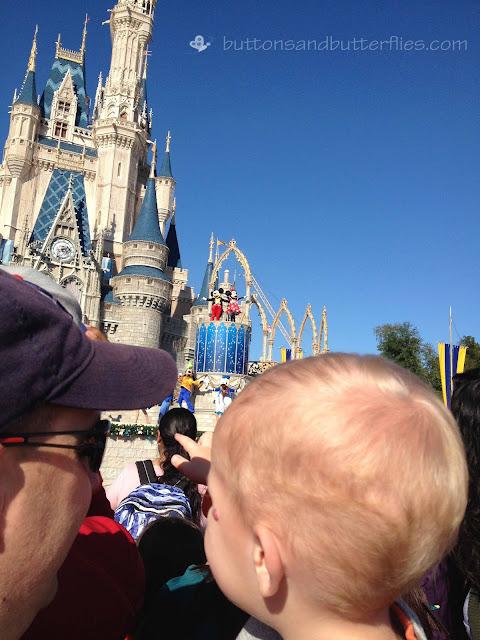 We spent time making it to the various shows and also decided to park a spot for the Electric parade at night.   I swear that some of those floats are the same ones I saw 31 years ago for the first time.

Mickey Quilt Use #5 and #6:  Holding your spot on the curb and keeping warm in the late night. (Mr. Boss has the photos hostage on his phone)

Magic Kingdom.
We hit the park earlier in anticipation of heavy crowds. We mastered managing the Fast Pass system and making full use of the Walt Disney World "Line" apps. Of course, we had to see Mickey one more time. 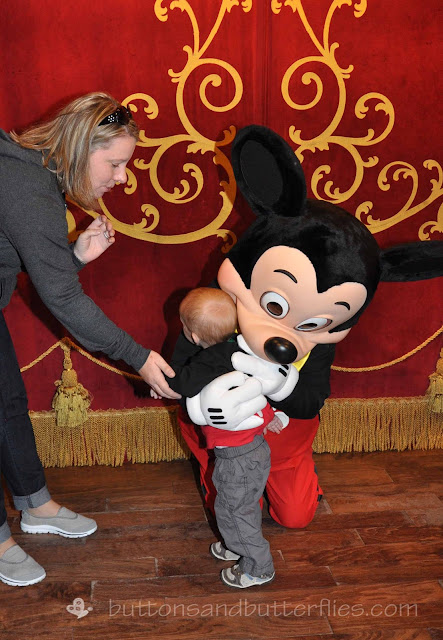 He needed a lot of hugs, kisses, and hi fives! 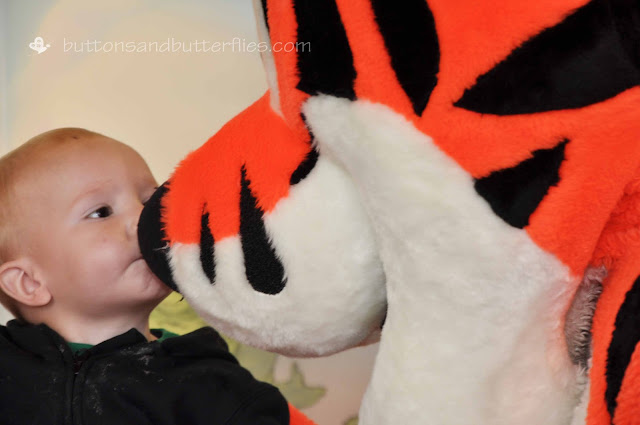 Tigger and Poo!
Do you just LOVE this as much as I do?
Day Seven: Thursday 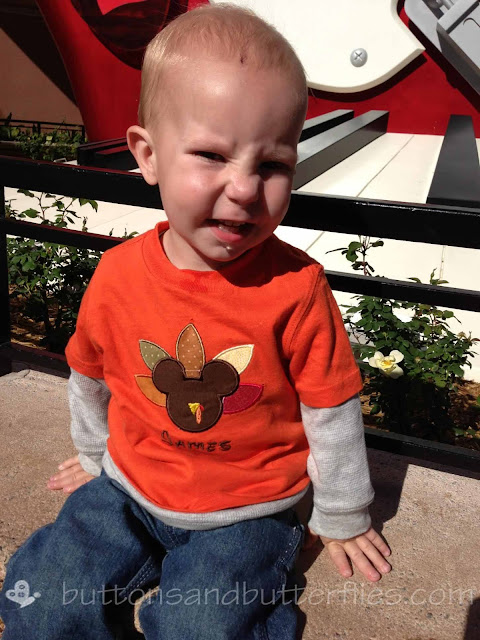 Hollywood Studios and Animal Kingdom. According to all websites and apps, the Magic Kingdom and Epcot were off limits for us due to crowds.  We re-rode all of our favorite rides. 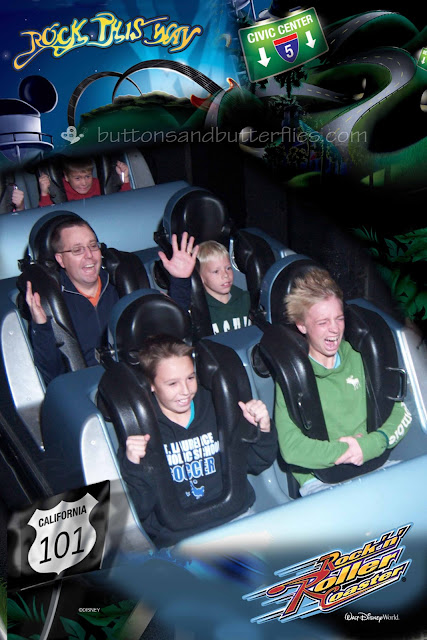 The safari ride proved to be amazing AGAIN! 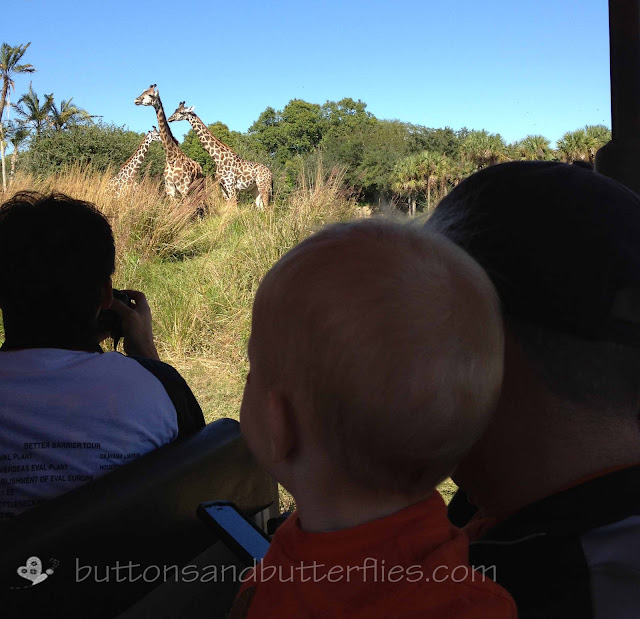 Dinner?  Snow Crab Legs in Downtown Disney.  Yum! It was the best Thanksgiving so far.
Family, family, family.  I am so thankful for them!
We were sad to head to the hotel to pack...but we knew we were getting up super early

Road Trip!
I woke up in the middle of the night Friday and shouted loud enough to wake Mr. Boss.
"We only stopped FOUR times today!"
16 hours driving and only stopped four times?  My boys ROCK!

If you are still here reading?
I promise....I WILL give you quilting eye candy!
I will be sharing the Mickey quilt stats...a post is in the works!!!!!!