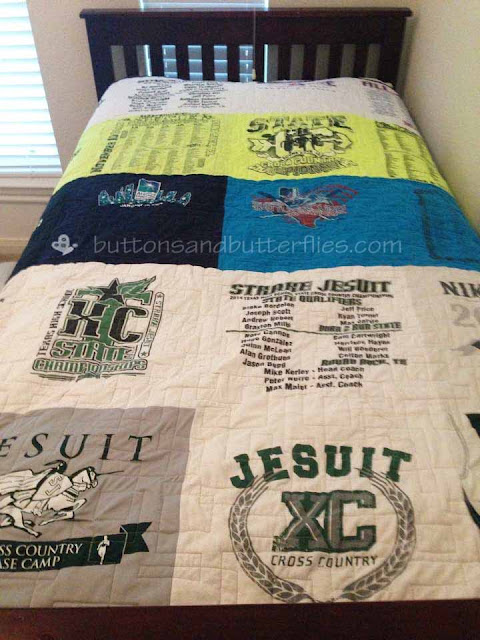 This is a simple block memory quilt I was commissoned to make for a friend.   She asked me to do it when things were just, frankly, crazy.  We were packing to move.  I was managing Senior Prom and a High School graduation, and an 8th grade graduation.  And a 13 year old's birthday party.  Not to mention there were quilts that had to be made!!   So I think that I have a pretty valid excuse that I only have photos that she and I took on our phones! 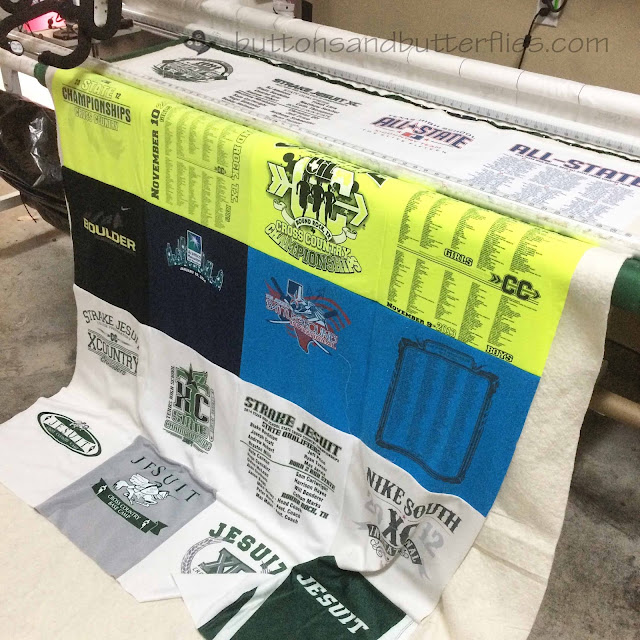 I actually had some really cool plans, but financially and just expediency took over and we both decided on just simple blocks.  I didn't want to separate the fronts and backs of his important All-State and Champion t-shirts, so I decided that two rows of color with the whites at the top and bottom would be cool.  Looking back?  I wish I had done some sort of sashing.  But that's neither here nor there now! 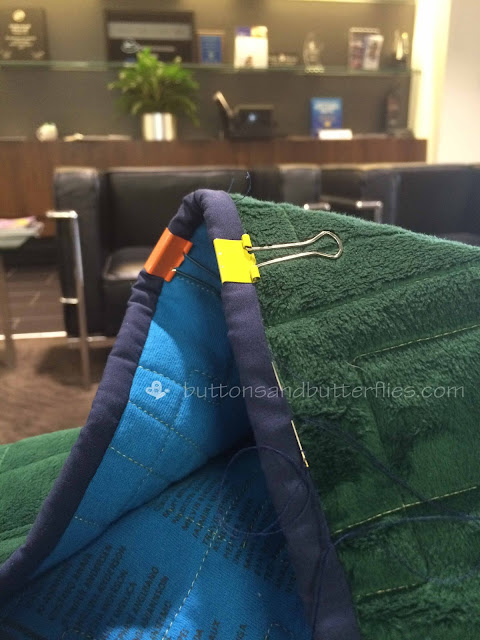 I chose the school color green in minky for his backing and their secondary navy color for the binding.  You can get a glimpse of the vareigated green I used on the entire quilt in a cool square meandering pattern.

All that matters is that he got his quilt by graduation ON TIME, right??