I hate to post already this week, but have you had one of those days/nights you will never forget?
We did last night.
As I mentioned yesterday...the boys had big plans to scare the neighborhood.
BUT FIRST....THE CUTENESS....CAN YOU HANDLE IT? 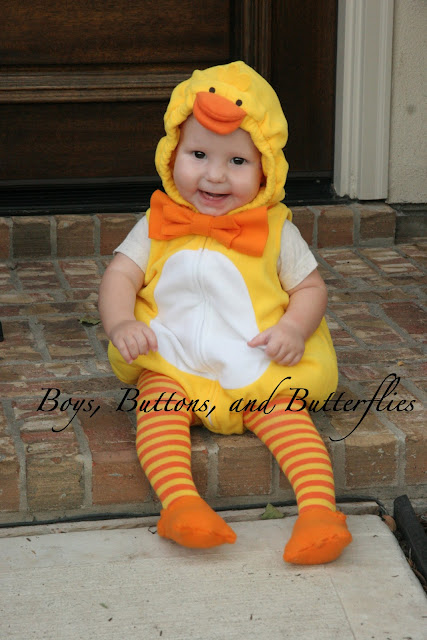 I bought the costume at Carter's from the clearance rack.  Since Button was born, Bunny has been fascinated with all of the "ducky" clothes, blankets, towels, and toys for babies.  So we thought that this costume honored the Ducky Nation.
Oh?  You didn't know there is a Ducky Nation?  Here is the pledge:
" I pledge allegiance to the Ducky flag, of the United Duckies of Ducky Nation.  And to the Ducky Republic for which duckies swim, one Ducky Nation, under the Great Ducky, indivisible, with ducky liberty, and ducky justice for all."
Here is the hitch.  The employee at the store made a statement that the costume was a bit girly...due to the tights.
So I went to work on a exaggerated bow tie and some duck feet. 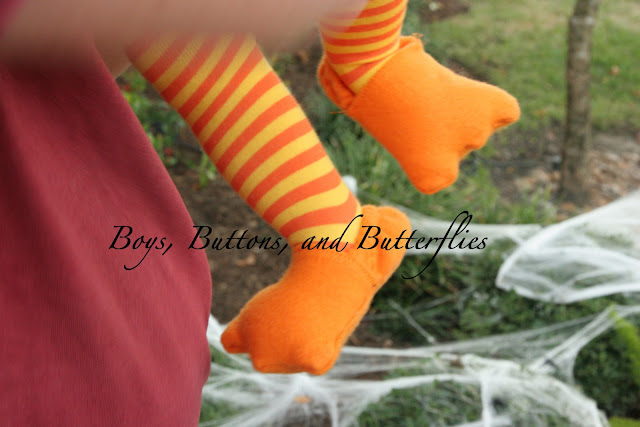 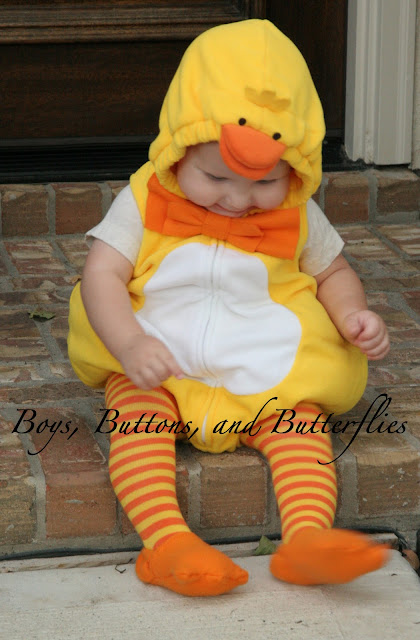 He kept the costume on for four hours...no fussing. 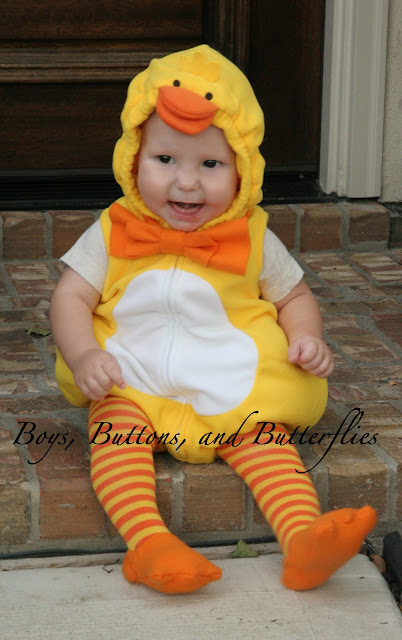 I have to say...it was truly a memorable night.  Even though they dressed up scary. 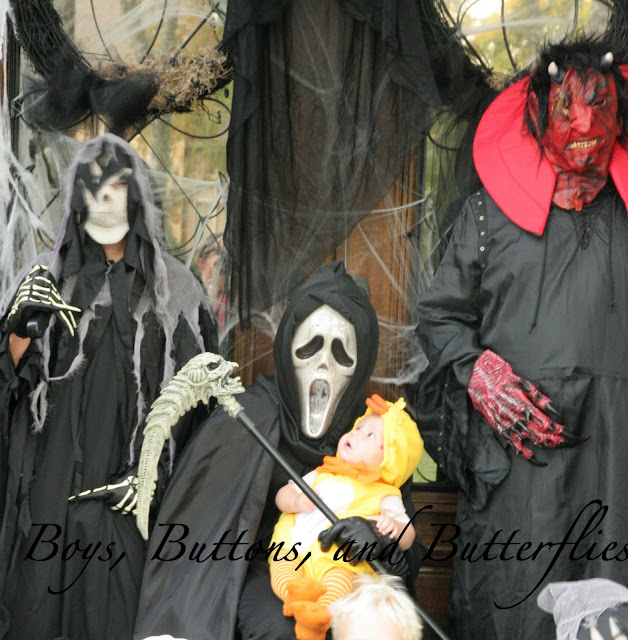 When I came home, there was a new "friend" that Mr. Boss bought. 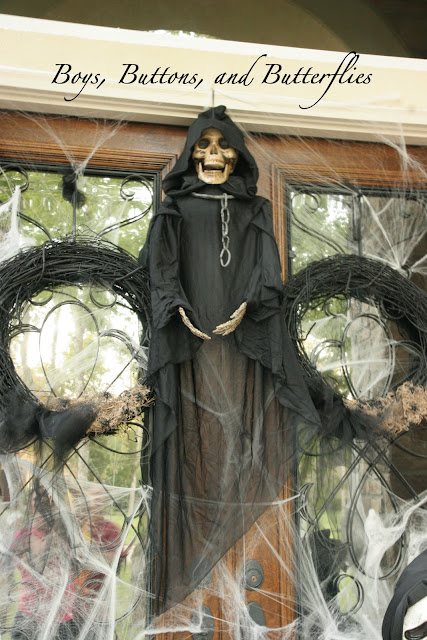 And more spiderwebs in the yard. 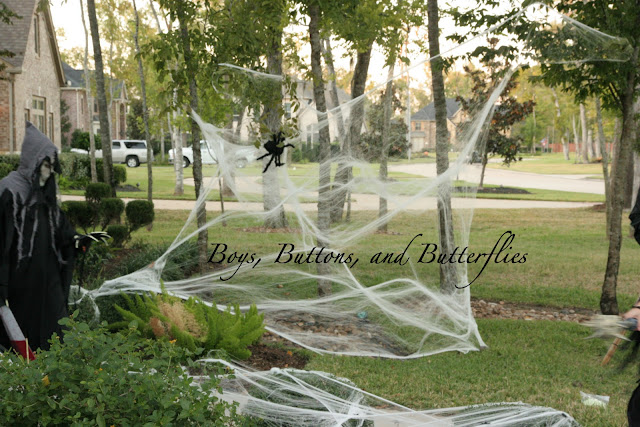 The fog machine, strobe lighting and music were the show stoppers. 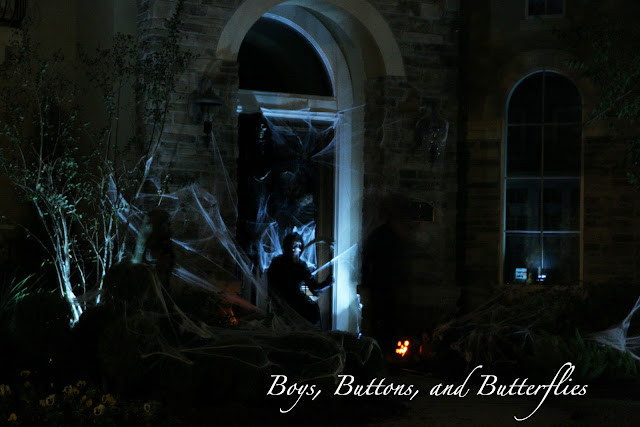 They scared the young and the old!!
A lot of screaming and giggling. 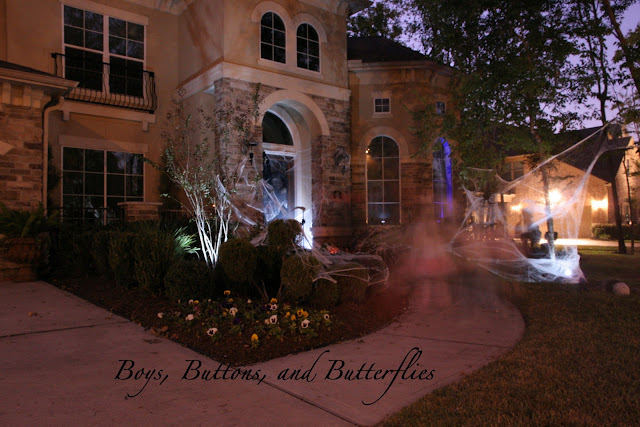 These are girls that were running and spinning....I had my camera set so the shutter was open for a long time to see more light!
Sometimes, there was hysterical laughing.  They would walk up and our spooky friends would be hiding or just in the vicinity standing utterly still like statues. 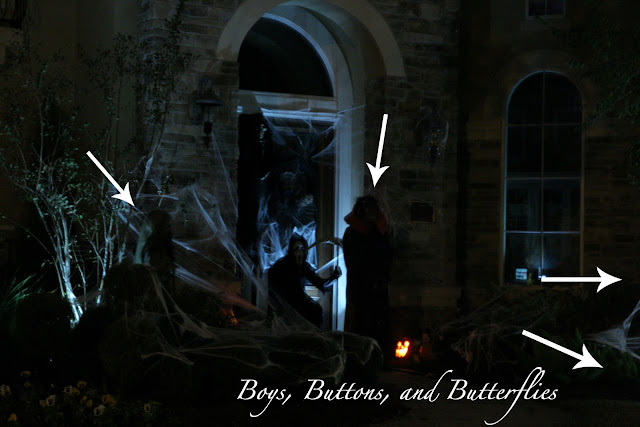 After the candy was grabbed out of the cauldron with swirling fog, they would turn around and the boys would move.....screaming, running, and then laughing would commence.
Our house was declared the spookiest in the neighborhood.
The boys were so excited.
Mr. Boss kept saying "See what you started with that spooky mantle?"
But Button says.... 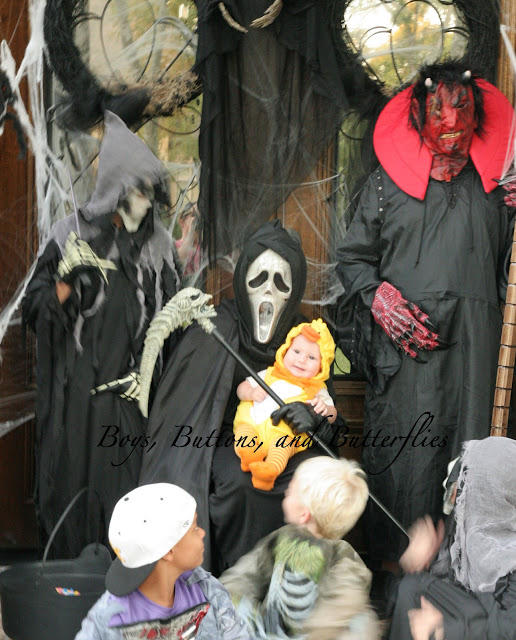 Don't worry...they are just my silly brothers......
They wore their official school uniforms, coats and ties to All Saint's Day Mass today!!!!!
Posted by Heidi Grohs