Actually...... I already did!
I picked up my machine after paying 200 bucks to repair last Friday. They claimed it was an electronic problem, the pedal needed replacing, and they would do a general maintenance.
When I picked it up, it was working with the thread they had in it.  The needle up/down button was working again and the machine was no longer giving me an error/beep when I pressed the pedal.
I had to do an embroidery order last week and early this week was tied up with getting my house cleaned up.  It was a mess!
So I pulled out my machine last night.  I ran it through again with their thread and used the piece of fabric they had in it.
I was thrilled!!
James was settled into his bouncy seat.
I started laying out my quilt pattern.  Pulled out my fabric. 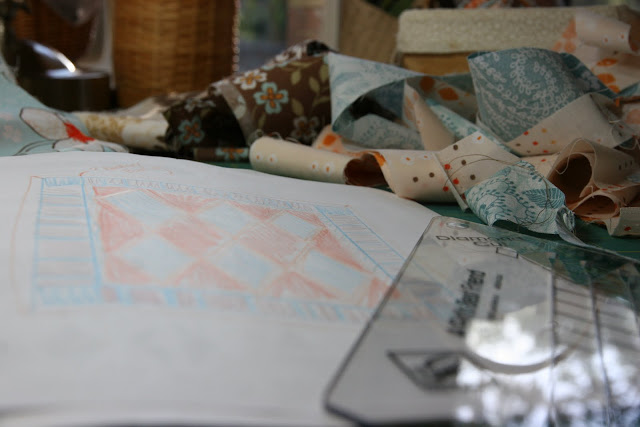 I chose my thread.
Re-threaded my machine.  Turned it on.  Pressed the pedal.
and...........
Nothing.  Same old beeping.  Same old error message on the screen. 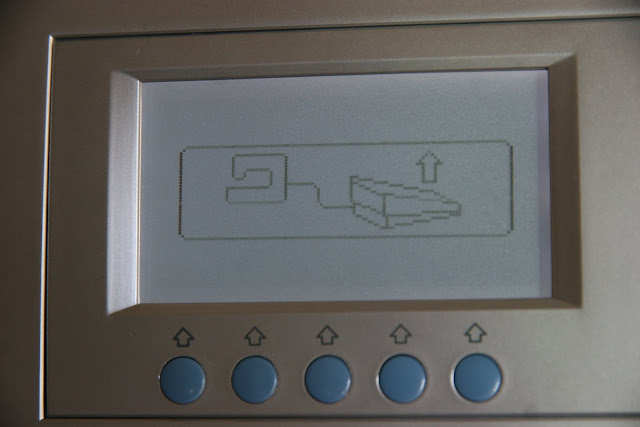 I opened it up because I HAD to figure it out.  There was 7 years worth of crap/dust inside.
I think I have just gotten taken.
Now I have to go have someone else look at it because I don't trust this place.
And I need some courage to get my money back!
So my new challenge?
To try to use the boys' sewing machine. 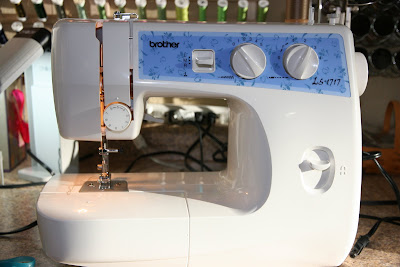 I am going to prove to myself that anyone can make anything with even the most basic machine.
At least that is what I am going to keep telling myself!
Posted by Heidi Grohs