Garbage In = Garbage Out

Last week, Mr. Boss and I had an epiphany of sorts.  It wasn't that we didn't know what was happening.  It was that we allowed ourselves to believe everything was fine.

Eight years ago, we were one of the first families we know that restricted all "gaming" during the school week.  We also restricted the amount of time that our boys were on PlayStation during the weekend, too.

We recognize that the internet is a gift in many ways.  The boys would find tutorials about Lego building.  Pocket doors, anyone? 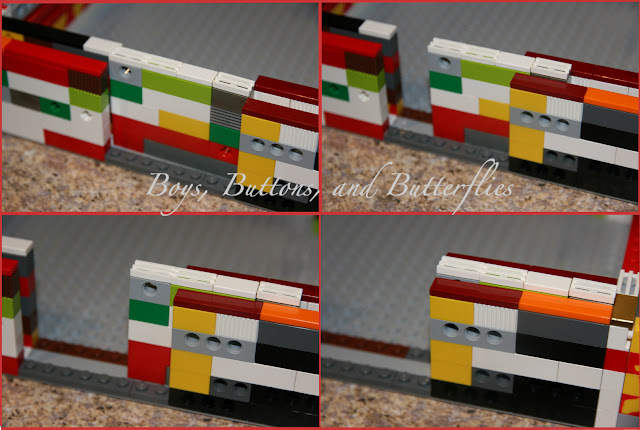 However, we allowed them to finagle us.

If we annoy mom and dad JUST enough, we can get more time because they will tell us to go play.  If we devise a plan to make sure ALL three of us get a turn, we could potentially be on a media device ALL day long.

We let it happen.  No excuses.  No child to blame.  Only ourselves.


The past two years, in particular,  we have not only noticed the increasing desire of our boys to want to play PlayStation, but the increase in violence.  Anger, frustration, competitiveness.

They also would not be too sad if we grounded them from their gaming videos.  They would just transfer it to their iPod/iPhones.

It rapidly came to a head a few weeks ago.  We realized that they were putting their earphones in the car to listen to their own music despite our no media in the car rule.  They were sneaking their iPhones to watch youtube vidoes and play their game Apps during the school week.

Their language was becoming quite freer.  Things that were NEVER to be said in our house, were rolling off their tongues.

We realized that our children were living in an alternate world.

We were concerned that by watching Youtube, that they were thinking that school and work are not real things.  In their minds, they could set up a Youtube account and make millions doing funny things in the backyards.

We know we are NOT ALONE in this.  There is a generation ahead of them that my husband and I have now dubbed

Generation "i".
Our own generation (X, we think?) has received alot of criticism through the years, but I think this new generation could use a little spot light.  We have never seen such "me, me, me" going on until you watch the Youtube, commercials, and out and about in real life.

We have witnessed teenagers and young adults and young families sitting at a restaurant table all on a different phone/ipod/ipad.  No one is speaking to each other.  No one is interacting.
We both decided that we didn't want them to become this.

Our plan of attack?


We have taken away the iPhones/iPods.  We have taken away the PlayStation.  They will not receive permission until the Summer Break arrives and we can assess the effectiveness of our family experiment.   On occasion, they will be able to access the computer for school projects, or tutorials on things that are educational or fun-filled, not GARBAGE.

Because I need one of these made by them this weekend!

We are forcing them to use their brains.

At all times, make every opportunity a learning experience.  Instead of the parents constantly doing for them, it is time for them to do with and for us.  Feeding the dogs, taking out the trash, and sorting, carrying, and putting away the laundry are just not enough.

Our oldest will be 18 in 3 years.  We have very little time to make sure that he is able to cook and clean for himself.  And that he can provide for his potential family's every need.

How do we involve them?

Instead of just going out to the yard and spreading the fertilizer himself, Mr. Boss will now grab an able body and teach.  Instead of me tearing apart the pantry all by myself, frustrated and lonely, I will now grab and assistant.   They were always around, watching, but never participating.  If Mr. Boss is making me a shelf or putting in a new electrical outlet, there will be practical experience happening.  No more passive observation.

We want questions to be asked.  We want active participation.

Part of my own plan, to be on social media MUCH less.  It's only fair.  What kind of example would I be if I was always on my computer or iPad. 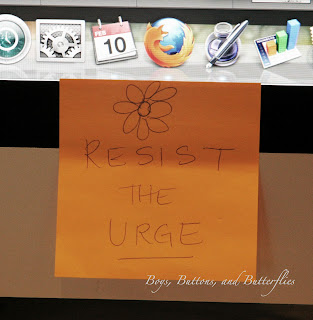 That means that I WILL be answering comments like always, because the back and forth with followers and other bloggers comments are REALLY important to me.  I just may send you a bunch in a row and later in the week than when you commented.
And when I first started this week, I was 331 blog posts behind by Tuesday...so I rapid fired through them all in my reader, but had to decrease commenting on other's blogs.  I promise, if you are a follower and I have commented in the past on your blog...I DEFINITELY read it...and your family was beautiful, your kids adorable, and your work was AMAZING!!!

Wish me luck as we continue our experimentation of

GARBAGE IN = GARBAGE OUT

Things were rough this past weekend.  A lot of frustration and boredom had to be worked.  I think they played every single board game we had in the house due to the rain!!!

P.S. This has been hard to admit that I/we were wrong, but I figure it will be worth it to make it, oh, so, right!!!!