Wondering how I hung up Button's Name Art? 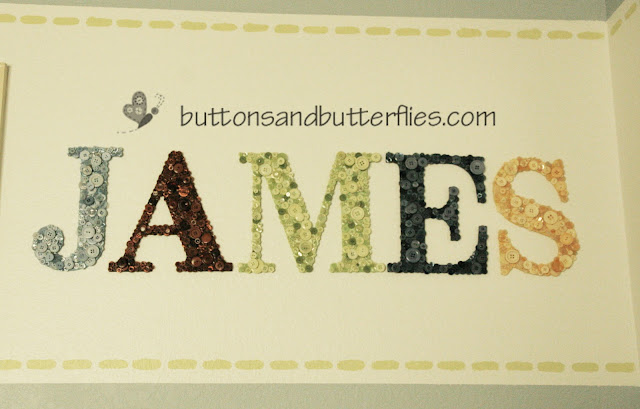 I was wondering if my plan was going to work out, but it did.

I first measured the length of the wall space.  I then laid it out on the floor exactly how I wanted to look on the wall and measured that length.  I subtracted the two and then divided the difference of six inches which was 3 inches in my case.

I then started the "J" three inches from the left edge of the door. 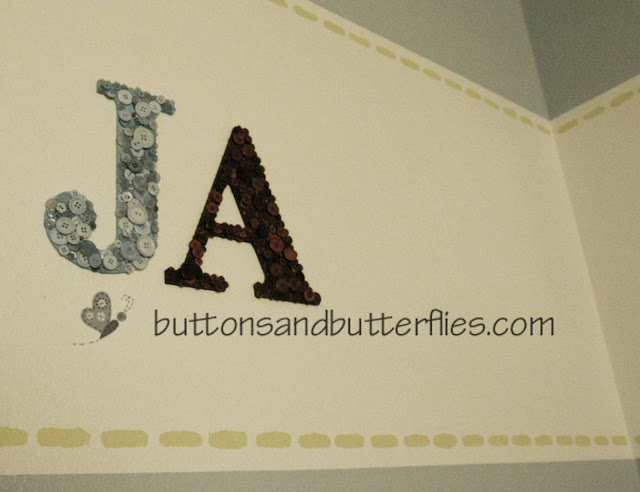 How did I hang them?
I found small gaps between the buttons and used some sturdy nails. 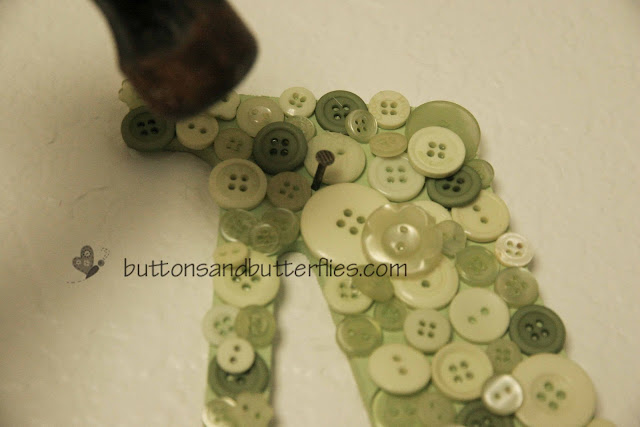 Just be careful as you start hammering it closer to the buttons. 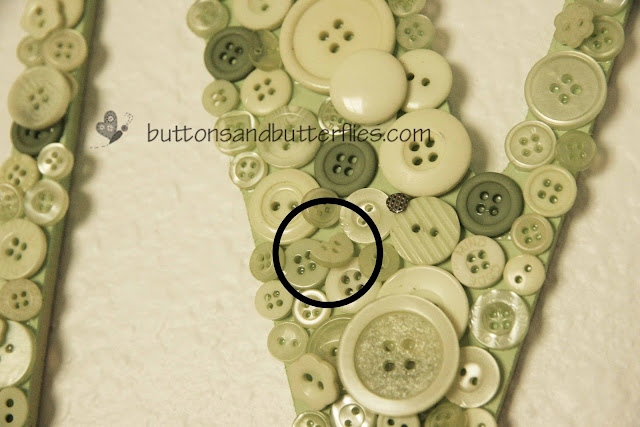 When I added the "A", I grabbed my level to make sure I was staying straight! 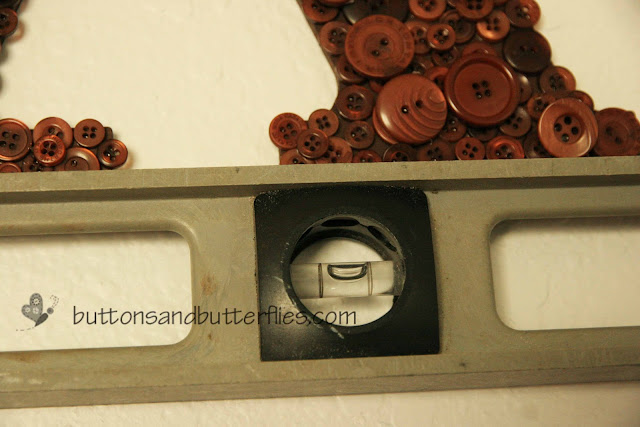 I was missing the "M" until I realized my little cohort had confiscated it and had decided it needed to go on the door instead. 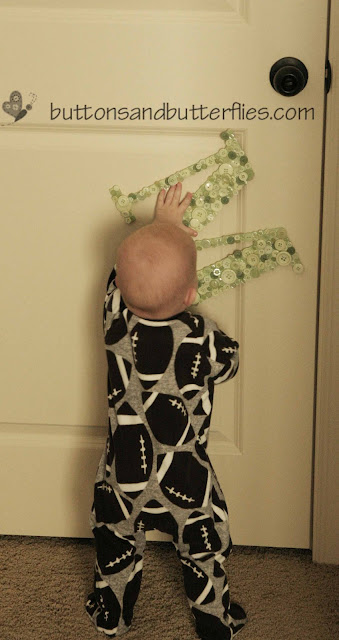 This continued, me leveling each letter, finding the next one missing, wrestling it away from Button, until I had them all up...and sure enough, I had three inches left to the right corner! 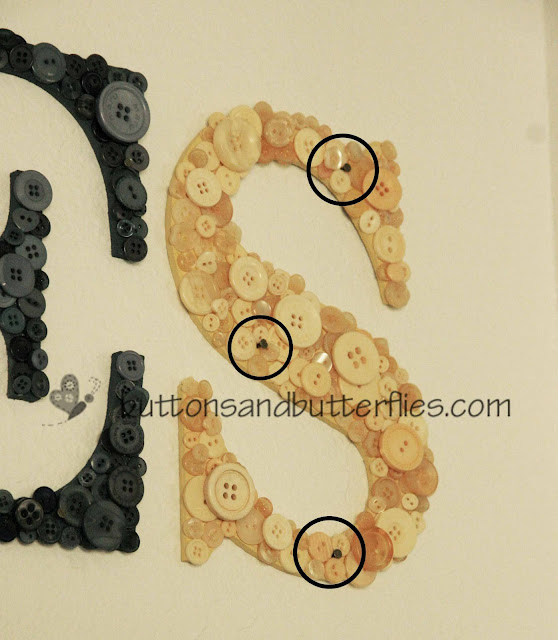 Or not so perfect?!!?
I went a little overboard with the nails, but I did not want any accidents considering that I was hanging it above the crib. 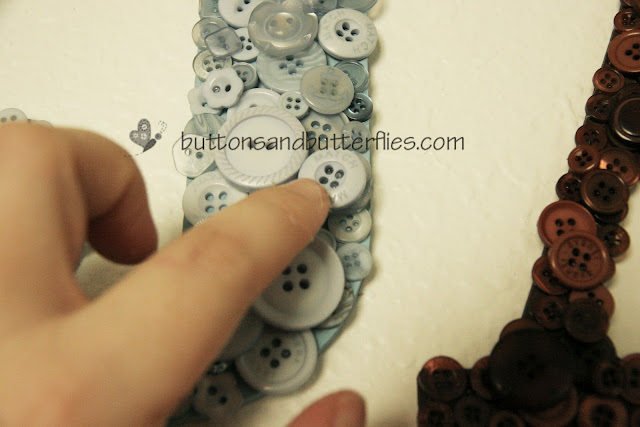 But, no worries....
I grabbed my glue and just covered the nails.  Make sure you get enough glue on the button and use large enough buttons so that the button can stick to other buttons.
It did not stick so well to the nail all by itself. 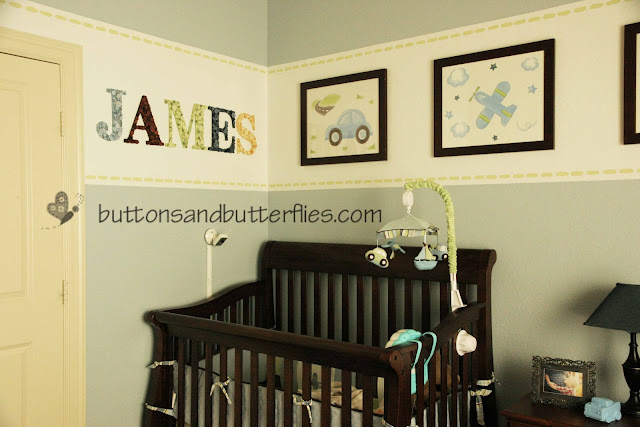 Overall, I am thrilled with the results.
His nursery is really coming along!

I am still contemplating moving it over the dresser instead, but I am not sure Mr. Boss will be to happy with the holes that are now in his nicely painted wall...OOPS!