After five nightly visits, despite the fact that the "Santa conspiracy" was blown by ME this year, Bean finally roused his little brother Bunny.
They arrived at the foot of the stairs at 0640.
A new record!
No, not early.  The LATEST they have ever woken up on Christmas Day!!
We then heard Button saying "Hi Mama" into his monitor.  Which always REALLY spooks me.  I swear the kid "knows" I am on the other side of the camera!! 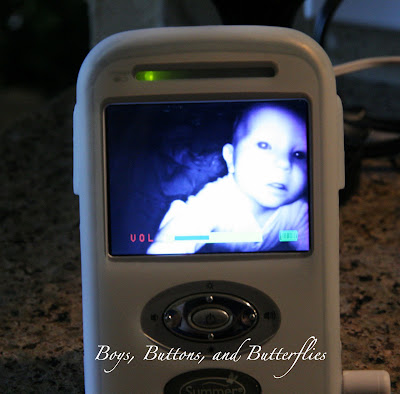 We allowed the boys to go through their stockings before Oma and Opa arrived from the hotel.
A quick photo-op with Mom. And yes, my dear friend Kristin, I made them wear shirts this year so they aren't bare-chested in the Christmas Scrapbook Album or on the blog.
Are you happy now? 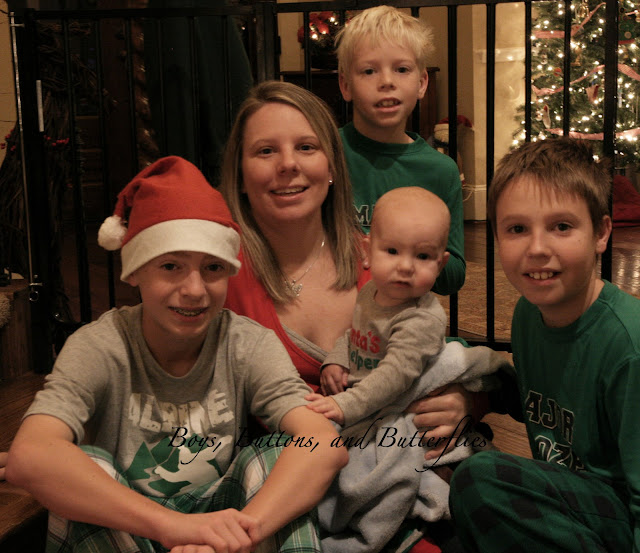 Santa package distribution and unwrapping commenced at 0700.
Everyone was a bit befuddled.  There appeared to be TOO many gifts under the tree.  However, everyone forgot that there was one more child under the tree and Mrs. Claus was also very sneaky this year.  She had the elves collect many LARGE boxes to wrap very SMALL packages!
Tricky lady, that one! 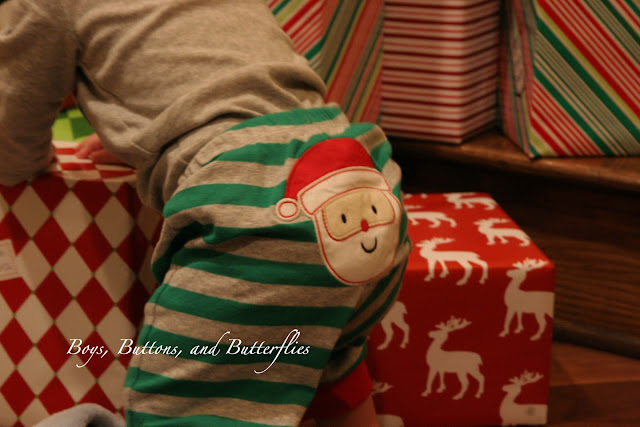 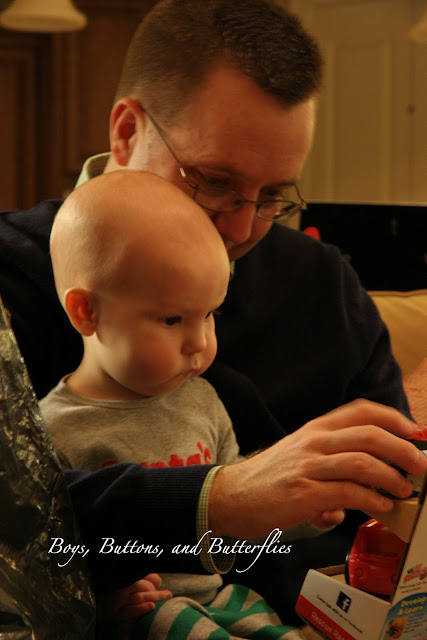 Even though Button seemed unsure about the process, Bunny felt honor bound to mark the special occasion.
Right this moment, tucked into his special basket in his closet, he has saved the first scraps of wrapping paper of Button's first Christmas present. 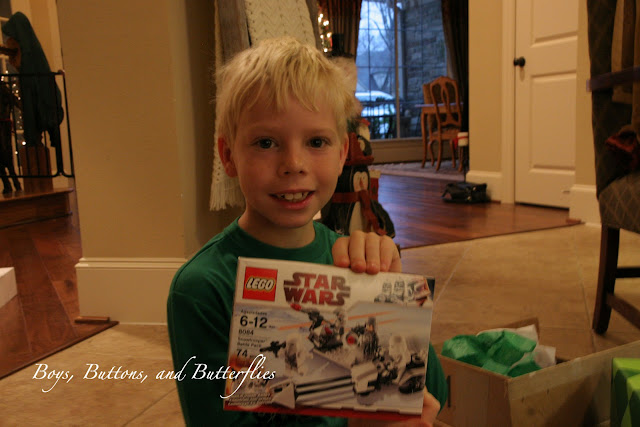 I guess he wants his brother to know someday how very glad we are that he is here with us to celebrate a first Christmas! 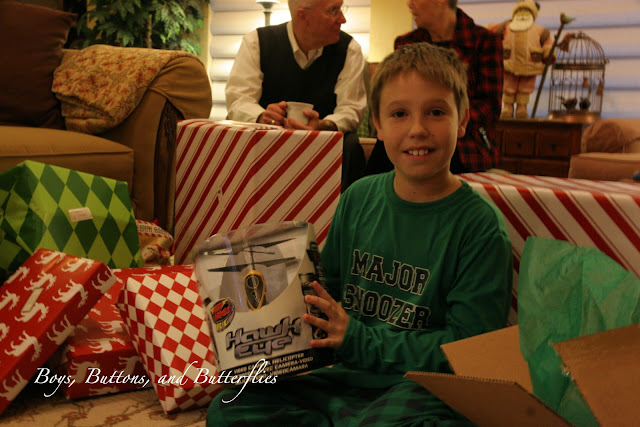 Oma and Opa seemed to enjoy the event.  And, no, we aren't usually so formal Christmas morning, but we were headed to 10 am Mass! 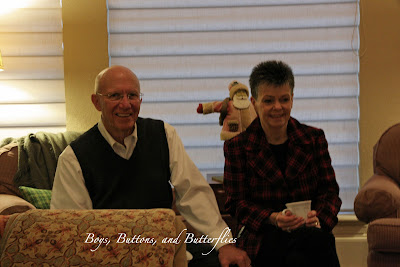 And we think Santa didn't disappoint this year (because he has in the past!).  Legos and jerseys were the big scores!
Bean thought he would never find the jersey he asked for...those sneaky elves had him fooled.
Not in a clothing box, but a huge priority mailing box! 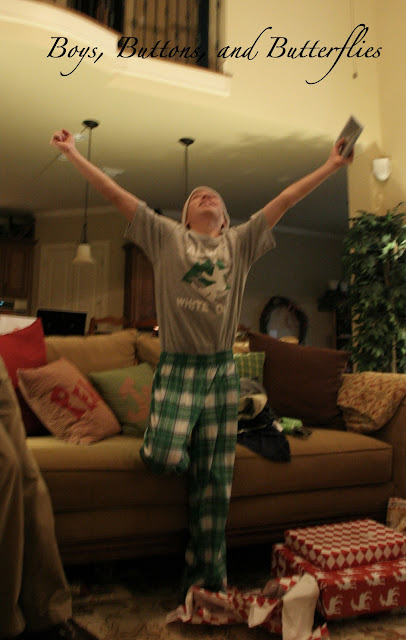 And Button actually got on the ground and in the thick of things when he saw the cool activity table with all the lights, sounds, and action! 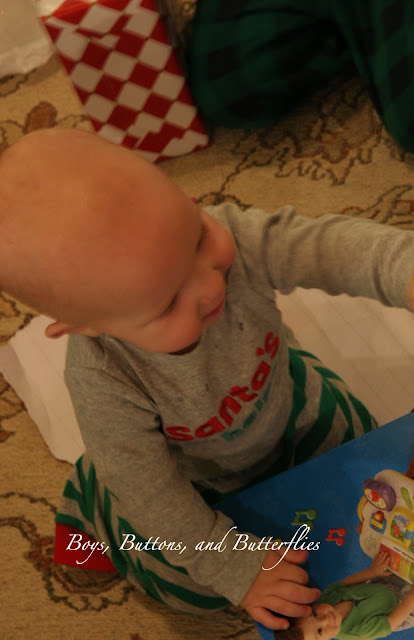 All packages were opened by 0830.
A new record....the longest time it ever took in our household.
Button slowed things drastically......
Oh, and Mass after presents?
Yes.
I won't get into the horrible scene the last Christmas Eve Mass about 7 years ago.  Christmas Day is much more our speed.
A place to sit.  No crowds.
A reminder for the boys of the true meaning of Christmas.